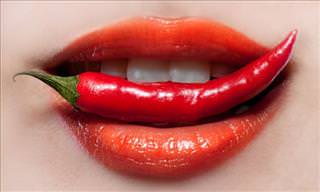 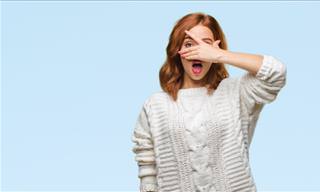 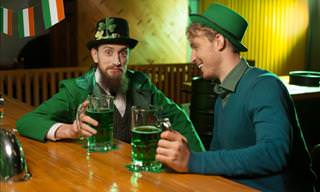 Sean and Mickey are planning to go out on St. Patrick's Day, but only have 50 cents between them.  Sean has an idea, he takes the 50 cents of Mickey, goes to a butchers and buys a sausage.  Mickey is really pissed off at first that Sean spent their last money on a sausage, but Sean lets him in on his plan. "We are going into the next pub, order two pints, drink them and when it comes to paying you go down on your knees, unzip my trousers, pull the sausage out and start sucking on it."  So, they go into the first pub and do exactly as Sean suggested. The barmaid is disgusted by the sight and kicks the two out. Sean says: "see it works, we didn't pay did we?"  As Sean's plan seems to be working they carry on doing it.  By the 12th pub, both are quite drunk by now, Mickey isn't looking to good. They have just finished their pints. Mickey: "I can't do this anymore Sean my bloody knees are hurting like heck." Sean: "No worries mate... I lost that bloody sausage in the third pub!"
rude joke drunk Irish pub sausage st. patrick's day barmaid
Rate: Dislike Like

These jokes are either very rude or quite gross. 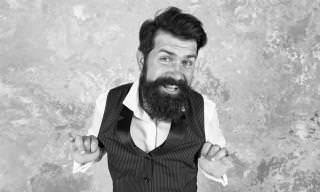 A rabbi is planning on retiring from his main occupation, which is giving circumcisions. Over the years he's saved up all the foreskins from all the circumcisions he's taken part in. He looks at them and decides to take them to the local leatherworker to see if something can be made of them. The rabbi explains that he'd like to have a retirement gift made out of the foreskins and the leatherworker agrees and tells the rabbi to come back in a couple weeks. A couple weeks later the rabbi comes back and the leatherworker hands him a wallet. "All those foreskins and you only made me a wallet?!?" The rabbi exclaims. The leatherworker replies, "Don't fret, if you rub it a bit it becomes a suitcase."
rabbi religion joke circumcision years wallet suitcase weeks foreskin local leatherworker retiring
Rate: Dislike Like
The Untrained Maid 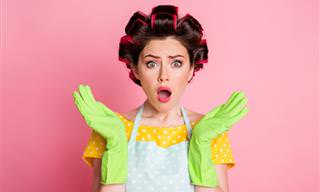 Around the beginning of the 20th century, a society lady runs into the employment office one day and demands a maid "right now". It seems she's having a dinner party that night and her maid quit. The guy in the agency explains that all the girls he has right now have just gotten off the boat from Ireland. They're untrained. The lady says she'll train the girl but needs someone right away. The agency man asks for volunteers and Molly comes forward. She agrees to go and be trained. Well, the dinner party comes and goes and, although some of the guests seemed to disappear now and then, everything works out just fine. Molly does a great job. The next morning, the lady's walking down the upstairs hall and sees Molly in one of the guest rooms. Looks like she's making the bed but she's just standing there. Curious, the woman walks in and looks over Molly's shoulder. There on the bed lies a condom. The lady turns bright red and tries to laugh it off. "Why Molly," she says, "Surely you have those in Ireland, don't you?" Molly swallows nervously and says: "Surely we do madam, but we don't skin 'em!"
job dinner condom maid Irish skin ireland society surely guests upstairs agency volunteer molly madam
Rate: Dislike Like
The Game Show Contestant 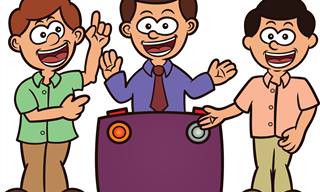 Jane was a first time contestant on the $65,000 quiz show. Lady luck had smiled in her favor, as Jane had gained a substantial lead over her opponents. She even managed to win the game but, unfortunately, time had run out before the show's host could ask her the big question.  Jane agreed to return the following day. Jane was nervous as her husband drove them home. "I've just gotta win tomorrow. I wish I knew what the answers are! You know I'm not going to sleep at all tonight. I will probably look like garbage tomorrow." "Relax honey," her husband, Roger, reassured her, "It will all be OK."  Ten minutes after they arrived home, Roger grabbed the car keys and started heading out the door. "Where are you going?" Jane asked. "I have a little errand to run. I should be back soon."  After an agonizing 3 hour absence, Roger returned, sporting a very wide and wicked grin. "Honey, I managed to get tomorrow's question and answer!" "What is it?" she cried excitedly.  "OK. The question is 'What are the three main parts of the male anatomy?' And the answer is 'The head, the heart, and the penis.' " The couple went to sleep with Jane, now feeling at ease, plummeting into a deep slumber.  At 3:30 a.m., however, Jane was shaken awake by Roger, who was asking her the quiz show question. "The head, the heart, and the penis," Jane replied groggily before returning to sleep. And Roger asked her again in the morning, this time as Jane was brushing her teeth. Once again, Jane replied correctly.  So it was that Jane was once again on the set of the quiz show. Even though she knew the question and answer, she could feel butterflies. The cameras began running and the host, after reminding the audience of the previous days' events, faced Jane and asked the big question.  "Jane, for $65,000, what are is the main parts of the male anatomy? You have 10 seconds."  "Hmm, uhm, the head?" she said nervously. "Very good.  Six seconds." "Eh, uh, the heart?" "Very good! Four seconds." "I, uhh, ooooooohh, darn! My husband drilled it into me last night and I had it on the tip of my tongue this morning..."  "That's close enough!" said the game show host, "CONGRATULATIONS!!!"
rude joke marriage joke keys heart dirty joke penis head gameshow errand
Rate: Dislike Like
Want to start your day laughing?
Register to our Daily Joke!
Did you mean:
By clicking "Join", you agree to our T&C and Privacy Policy
Poetry vs Prose 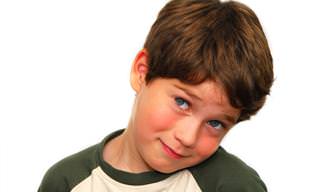 The third grade teacher was teaching English and repeated for her class... "Mary had a little lamb, whose fleece was white as snow/And everywhere that Mary went, the lamb was sure to go." She explained that this was an example of poetry, but could be changed to prose by changing the last line from "the lamb was sure to go" to "the lamb went with her." A few days later she asked for an example of poetry or prose. Little Johnny raised his hand and recited, "Mary had a little pig, an ornery little runt/He stuck his nose in Mary's clothes, and smelled her little--" He stopped and asked the teacher if she wanted poetry or prose. "Prose..." the teacher said weakly. So Little Johnny said, "Asshole."
rude joke teacher pig asshole poetry little johhny joke prose mary had a little lamb
Rate: Dislike Like
The Old Lady and the Bold Question 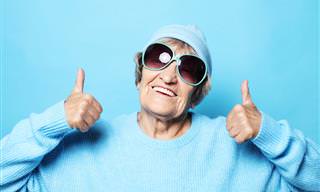 A little old lady with blue hair entered a se* shop and asked in a quivering voice, “Yy-youuuung man, dd-do y-you, sell-l d-didildoes h-hhhere?” The salesman, somewhat taken aback by the little old lady’s appearance in his shop answered, “Uh, yes ma’am, we do.” The little lady, holding her quivering hands about 10 inches apart asked, “Dddd-do y-you ha-ave any ab-bb-bout th-this lon-ong?” “Well... yes ma’am, a few of them are about that big.” “D-do aa-ny of them ha-ave a v-v-v-vibra-a-ator?” “Yes ma’am, one of them does.” “W-w-ell, h-how d-do yo-ou t-turn it off?”
rude joke senior joke old lady hair shop vibrator blue big hands inches quivering
Rate: Dislike Like
The Lady and Her Hat 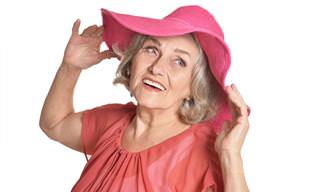 A policeman noticed an old lady standing on a street corner during a sudden windstorm. She was bracing herself by holding a light post with one hand, and she was holding her hat snugly against her head with her other hand. Unfortunately, a strong gust blew her dress upward, and it continued to flap in the wind, exposing her privates for everyone to see. The policeman asked, "Hey Lady, everybody is taking a look at what you've got. Don't you think that pulling your dress down is more important than worrying about your hat?" "Look here, Sonny - what these people are looking at is 85 years old, but the Hat is BRAND NEW!”
senior joke old lady dress wind hat policeman windstorm sonny flap
Rate: Dislike Like
How to Get People Off Drugs 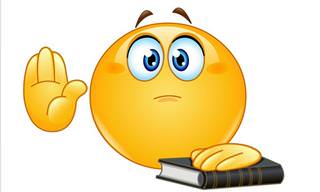 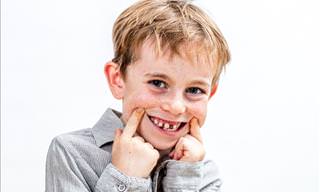 A teacher said to her class, "Right, i'm going to hold something under the desk and i want you to guess what it is. This one is round and red." Little Johnny's hand shot up, but he was ignored. The teacher knew him to be a troublemaker. "It's a plum miss," said a girl. "No." Said the teacher with a smile. "it's an apple, but i like the way you think! The next one is oval shaped and green." The teacher ignored Little Johnny's eagerly raised hand again as a boy said, "It's an Iguana miss!" "No, it's a kiwi, but i like the way you think Billy." Little Johnny couldn't help himself anymore and said, " I got one miss, its stiff, about an inch long and with a red knob." "Johnny, that's disgusting!" shouted the teacher in anger. "Nah, " Said Little Johnny. "It's a match, but i like the way you think."
children little johnny joke apple teacher joke little johnny class anger iguana troublemaker kiwi disgusting
Rate: Dislike Like
The Good Pastor and the Police Officer 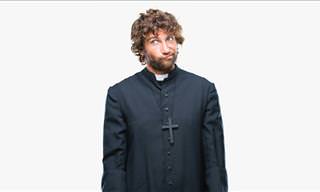 Pastor William Fuzz had been the only minister in his small town for 30 years and had a wonderful reputation as a good man of God. However, he had a secret passion for the ladies and just couldn't help himself but get involved. One day he took a beautiful 20 year old parishioner down the dead end lane by the river to make out. Suddenly the bright light of a policeman’s flashlight illuminated the pair. Thinking he might be able to talk his way out of it, the minister said “Officer it’s okay I’m Pastor Fuzz.” The cop replied, “I don’t care if your halfway up her ass, get outta the car!”
rude joke cop God police joke pastor ass dirty joke reputation halfway fuzz policeman small town parishioner
Rate: Dislike Like
The Same Tattoo 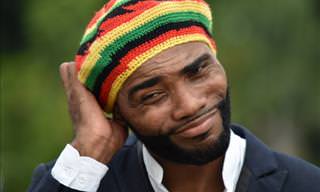 A white guy goes to Jamaica on vacation. On his first day there he goes to a bar. After a few drinks, he goes to the bathroom. As he pees, behind him enters a Jamaican man who walks up next to him and begins to relieve himself as well. The white guy glances unintentionally and notices the Jamaican man has a penis tattoo. Surprised he claims, “hey! I have the SAME penis tattoo as you! Starts with a W and ends with a Y.” The White guy happily shows his tattoo and says “Look, I got ‘Wendy’, for my wife” The Jamaican laughs and replies “Nah mon, they aren’t the same, mine says ‘Welcome to Jamaica mon, have a nice day’!"
penis tattoo jamaican dick jamaica happily laughs
Rate: Dislike Like
Next