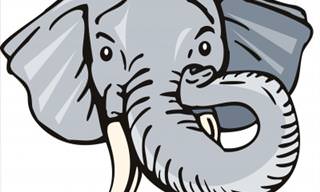 A mother and little boy are visiting the zoo. They pass by the elephant enclosure when suddenly the elephants walk out into the open. The little boy says to his mother, "What's that?" "That's the elephant's tail," she replies. "No, under the tail," says the youngster. The mother is clearly embarrassed and says, "Oh, that's nothing." She quickly leads him away. Some time later, the boy is taken to the zoo by his father, and as they pass the elephant enclosure the child points again and asks his dad: "What's that?' His father looks and says, "That's the elephant's penis, son." "But mother said it was nothing!" said the boy. The father smiles, draws himself up to his full height and says, "Son, I've spoiled that woman."
rude joke animal joke family joke jokes about men animal
Rate: Dislike Like
Want to start your day laughing? Register to our Daily Joke! Want to start your day laughing? Register to our Daily Joke!
Did you mean:
Continue With: Facebook Google
By continuing, you agree to our T&C and Privacy Policy
Contact us | Help | About us | Terms | Privacy policy | Categories | Collections