One Liners and Short Jokes
My wife said to me, if you don't get off of the computer and help with the housework, she will bash my head on the keyboard.
But I think she's JokiSDGF4s475241GHHHNM,GDSSSDFSDFSDFADGHKLL;/UYRT5555rrTTTTTTEEEECbbbbbbbbII003333454587111,KSDFUJYTFD3u8ol;b ki90l.YJNMLGDSFSDASEDRUKOML'M :][EYRTYB;JIOI#M#KYFU6DCK ;/[]/
Murphy's Laws of Computing 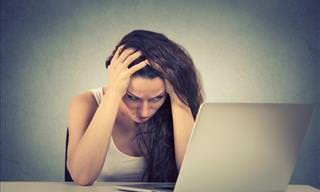 Murphy's Laws of Computing: 1. When computing, whatever happens, behave as though you meant it to happen. 2. When you get to the point where you really understand your computer, it's probably obsolete. 3. The first place to look for information is in the section of the manual where you least expect to find it. 4. When the going gets tough, upgrade. 5. For every action, there is an equal and opposite malfunction. 6. To err is human.. to blame your computer for your mistakes is even more human, it is downright natural. 7. He who laughs last probably made a back-up. 8. If at first you do not succeed, blame your computer. 9. A complex system that does not work is invariably found to have evolved from a simpler system that worked just fine. 10. The number one cause of computer problems is computer solutions. 11. A computer program will always do what you tell it to do, but rarely what you want to do.
computer joke computer system murphy's law back up computing manual mistake malfunction
Rate: Dislike Like
Puns
What do computers eat for a snack?
Microchips!
Dirty Short Jokes
Mother: "Sweetie, make a Christmas wish."
Girl: "I wish that Santa will send some clothes to those naked girls in papa's computer."
Worm Puns
What eats laptops? Computer worms.
What kind of computer does a worm have? A Macintosh.
Mouse Puns
What do you call a mouse that doesn’t eat, drink, or even walk?
A computer mouse.
What do you call a mouse that doesn't eat, drink, or even walk? A computer mouse.
A Holy Advantage 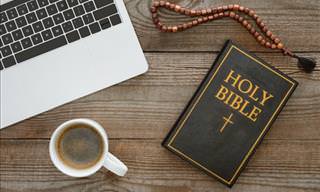 Jesus and the devil were arguing over which one of them was the better computer programmer. "I am!" Jesus shouted. "No, I am!" the devil countered. "I am!" "I am!" "Me!" "No, me!" "EEEEEEENOUGH!" God bellowed, and the whole universe disappeared into darkness. When the lights came back on, two computers were sitting in front of them. God said "Now, whoever makes the best computer program in twenty minutes wins." Jesus and the devil both sat down, typing and clicking furiously. This went on for about 15 minutes, but then there was a power failure, and everything went dark. When everything came back up again, the computer screens were both blank. The devil tried in vain to get back everything he had lost. He came up empty-handed. Jesus pressed one key and it all came back. The devil looked at him in astonishment. "No way! How did you do that?!" Jesus turned to him and smiled, and said "Everybody knows Jesus saves."
religion joke God computer joke computer the devil jesus typing universe programming
Rate: Dislike Like
Cookie Puns
How can you make a computer system cry? Delete his cookies.
When should you take a cookie to the doctor? When it feels crummy. What do the cookie and the computer have in common? They both have chips.
Quotes
“Before you marry a person, you should first make them use a computer with slow Internet to see who they really are.”
Will Ferrell
Thanksgiving Jokes
What did the turkey say to the computer? "Google, google, google!"
What Gender is the Computer? 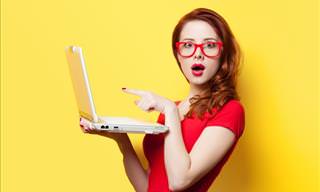 A language teacher was explaining to her class that in French, nouns unlike their English counterparts, are grammatically designated as masculine or feminine. '"House" in French, is feminine - "la maison", while "pencil" in French is masculine - "le crayon."' One puzzled student asked, "What gender is a computer?" The teacher thought it would be a good exercise to have the students decide what they thought the gender should be. So she split the class into two groups appropriately enough, by gender and asked them to decide whether "computer" should be a masculine or a feminine noun. The men's group decided that computer should definitely be of the feminine gender ("la computer"), because: 1. No one but their creator understands their internal logic. 2. The native language they use to communicate with other computers is incomprehensible to everyone else. 3. Even the smallest mistakes are stored in long term memory for possible later review. 4. As soon as you make a commitment to one, you constantly find yourself spending more money on accessories for it. The women's group, however, concluded that computers should be masculine "le computer") because: 1. In order to do anything with them, you have to turn them on. 2. They have a lot of data but still can't think for themselves. 3. They are supposed to help you solve problems, but half the time they ARE the problem. 4. As soon as you commit to one, you realize that if you had waited a little longer you could have gotten a better model!
joke about women joke about men computer men vs. women house logic language pencil grammar
Rate: Dislike Like
Sheep Puns
My sheep-powered computer was starting to run slowly
So I added more ram
When Bill Gates Visits Hell 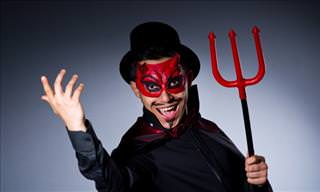 Bill Gates dies and for some reason goes to hell. Satan greets him: "Welcome Mr. Gates, we've been waiting for you. This will be your home for all eternity. You've been selfish, greedy and a big liar all your life. Now, since you've got me in a good mood, I'll be generous and give you a choice of three places in which you'll be locked up forever. Satan takes Bill to a huge lake of fire in which millions of poor souls are tormented and tortured. He then takes him to a massive coliseum where thousands of people are chased about and devoured by starving lions. Finally, he takes Bill to a tiny room in which there is a bottle of the finest wine sitting on a table. To Bill's delight, he sees a PC in the corner. Without hesitation, Bill says "I'll take this option." "Fine," says Satan, allowing Bill to enter the room. Satan locks the room after Bill. As he turns around, he bumps into Asmodeus.. "That was Bill Gates!" cried Asmodeus. "Why did you give him the best place of all!" "That's what everyone thinks" snickered Satan. "The bottle has a hole in it!" "What about the PC?" asked Asmodeus. "It's got Windows 95!" laughed Satan. "And it's missing three keys," "Which keys?" "Control, Alt and Delete!"
computer joke hell joke computer Satan room lock windows 95 bill gates lions option asmodeus pc
Rate: Dislike Like
Blonde Jokes
Why did the blonde give up online shopping?
The trolley kept falling off the computer.
How can you tell a blonde has used your computer? There is white out on the screen.
What does a blonde do when her laptop computer freezes? She sticks it in the microwave!
Contact us | Help | About us | Terms | Privacy policy | Categories | Collections