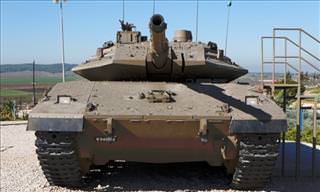 An Israeli soldier who just enlisted asked the Commanding Officer for a 3-day pass. The CO says "Are you crazy? You just join the Israeli army, and you already want a 3-day pass? You must do something spectacular for that recognition!" So the soldier comes back a day later in an Arab tank! The CO was so impressed, he asked "How did you do it?" "Well, I jumped in a tank, and went toward the border with the Arabs. I approached the border, and saw an Arab tank. I put my white flag up, the Arab tank put his white flag up. I said to the Arab soldier, "Do you want to get a three-day pass? So we exchanged tanks!"
army army joke tank israeli arab commanding officer vacation
Dislike Like
Cow Puns
Where do cows go on vacation?
Moo York.
Llama Puns
Where do llamas go on vacation?
Alpacapuco.
Shark Puns
Where do sharks go on vacation?
Fin-land.
One Liners and Short Jokes
I was taking care of my friend’s snake while he was on vacation, but somehow it crawled into our freezer and died.
I asked my wife, “What should I tell him?”
“Just give it to him straight.”
One Liners for Kids
Where do crayons go on vacation? Color-ado!
Insults & Comebacks
Your mind is on vacation but your mouth is working overtime.
Fish Puns
Where do fish sleep?
On a seabed, and sometimes they vacation at the river bed.
Ant Puns
Where do ants go on vacation?
Frants.
Dinosaur Puns
Where do prehistoric reptiles like to go on vacation? To the dino-shore.
The Vacation Plans 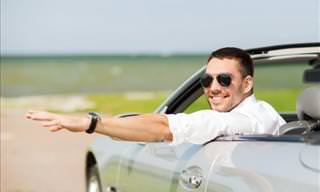 Billy Bob and Luther were talking one afternoon when Billy Bob tells Luther: "Ya know, I reckon I'm 'bout ready for a vacation... only this year I'm gonna do it different. The last few years, I been takin' your advice 'bout where to go. Three years ago you said to go to Hawaii. I went to Hawaii and Earlene got pregnant. Then two years ago, you told me to go to the Bahamas, and Earlene got pregnant again. Last year you suggested Tahiti and darned if Earlene didn't get pregnant again." Luther asks Billy Bob, "So, what you gonna do this year that's different?" "I'm taking Earlene with me."
friends wife marriage cheating joke pregnant hawaii vacation afternoon billy bob luther tahiti bahamas
Dislike Like
Contact us | Help | About us | Terms | Privacy policy | Categories | Collections