Wine Puns
How does cabernet like to travel abroad?
On a cruise sip.
The Pharmacist and the Seasick Pills 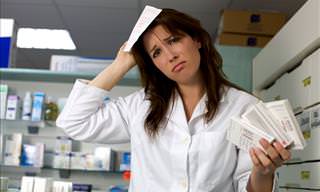 Mr. Johnson had been retired for a year when his wife of 50 years suggested they take a cruise: "We could go somewhere for a week, and make wild love like we did when we were young!" He thought it over and agreed. He put on his hat and went down to the pharmacy, where he bought a bottle of seasick pills and a box of condoms. Upon returning home, his wife said, "I've been thinking. There's no reason we can't go for a month." So Mr. Johnson went back to the pharmacy and asked for 12 bottles of seasick pills and a box of condoms. When he returned, his wife said, "You know, since the children are on their own, what's stopping us from cruising the world?" So back to the pharmacy Mr. Johnson went, and he brought 297 bottles of seasick pills and the same amount of condoms up to the counter. The pharmacist finally had to ask. "You know, Mr. Johnson, you have been doing business with me for over 30 years. I certainly don't mean to pry into your marriage, but if it makes you that sick, why the heck do you do it?"
husband and wife pharmacy joke condoms lovemaking joke seasick cruise
Rate: Dislike Like
Boat Puns
I love driving my car, makes me feel like I'm charge of a big boat
especially when it's on cruise control
Why Do You Keep Doing It? 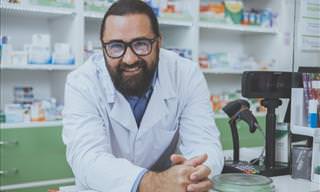 A guy goes to a travel agent and books a two-week cruise for himself and his girlfriend. A couple days before the cruise, the travel agent calls and says the cruise has been canceled, but he can get them on a three-day cruise instead. The guy says “OK,” and goes to the pharmacy to buy three Dramamine and three condoms. Next day, the agent calls back and says he now can book a five-day cruise. The guy says he’ll take it. Returns to the same pharmacy and buys two more Dramamine and two more condoms. The following day, the travel agent calls again and says he can now book an eight-day cruise. Guy says, “OK,” and goes back to the pharmacy and asks for three more Dramamine and three more condoms. Finally, the pharmacist asks, “Look, if it makes you sick, how come you keep doing it?”
pharmacy joke condoms cruise pharmacist
Rate: Dislike Like
The Wife, the Husband and the Genie 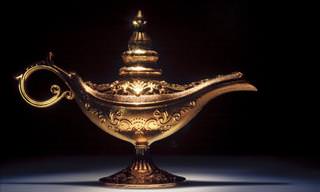 A husband and wife in their sixties were coming up on their 40th wedding anniversary. Knowing his wife loved antiques, he bought a beautiful old brass oil lamp for her. When she unwrapped it, a genie appeared. He thanked them and gave each of them one wish. The wife wished for an all expenses paid, first class, around the world cruise with her husband. Shazam! Instantly she was presented with tickets for the entire journey, plus expensive side trips, dinners, shopping, etc. The husband, however, wished he had a female companion who was 30 years younger. The genie smiled and... Shazam! Instantly he turned 93 years old.
senior couple joke about men dinner marriage genie joke ticket cruise first class shopping shazam lamp
Rate: Dislike Like
Vegetable Puns
What vegetable isnt allowed on cruise ships?
Leeks.
Dirty Short Jokes
Why doesn't Tom Cruise eat bananas? He can't find the zipper.
Contact us | Help | About us | Terms | Privacy policy | Categories | Collections