Knife Puns
What's the difference between a knife and an argument with a man?
The knife has a point.
The Secret to a Happy Marriage 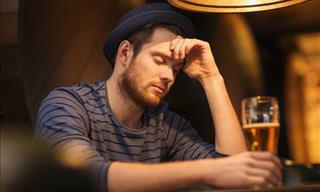 A traveler once visited a small village in the countryside. At the local bar, someone asked him if he was married. "I'm divorced, actually. Never could find a woman I didn't end up fighting with all the time," he replied. The local man said: "Then you should go talk to the old couple that lives on the hill outside the village. Rumor has it that they've been married over 60 years and they've never fought this whole time." "What?? That's impossible! Everyone has fights!" Exclaimed the traveler. But the local swore to him it was the truth and nothing but. The traveler just had to check it out, and in the morning he knocked on the door of the little house on the hill and was immediately welcomed by the husband, who invited him in for tea. After the traveler explained why he came to see him, the man smiled and nodded. "It's true. We never fight." "PLEASE," begged the traveler, "can you tell me your secret?" "Well," said the old man, "it all started about 60 years ago, right after the wedding. We were riding our mule back to town and walking it down the street when it tripped over a stone and my wife said to him: 'That's one.' "We kept riding and he tripped again on another stone, which made my wife immediately say: 'That's two.' "Two minutes later, the mule trips over a stone again. My wife said: 'That's three.' She pulled out a gun I never knew she had and shot it in the head without thinking twice! I was shocked and yelled at her: 'What the heck do you think you're doing? We needed that mule! Are you crazy?!' "My wife looked me straight in the eye and said: 'That's one.' "And we haven't had a fight since."
gun joke about men old man marriage joke fight argument
Rate: Dislike Like
How to Give Your Heritage Respect 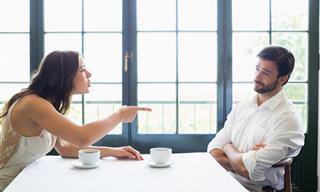 A couple just had their first son. The husband is half Irish and half Indian, the wife is half Chinese and half Italian. That's a lot of heritage to inherit. They talk about it and they discover they both wish to have their son named after THEIR heritage. A terrible argument ensues, causing both of them a lot of anguish. After a few days, they finally came to a decision that made both of them happy. They decided on the name: Ravi O'Lee.
family joke son Italian argument name chinese Irish indian happy decision heritage inherit
Rate: Dislike Like
Skeleton Puns
Why can’t a legless skeleton win an argument?
They don’t have a leg to stand on.
Funny Poems
They do it without realizing,
They don't really have a clue,
Reading between the lines,
Is something they just can't do.

When there is an argument,
They think they're always right,
No matter what we say or do,
They didn't start the fight.

They blame it on our hormones,
And never take the rap,
If they call us moody bitches,
Then they get a slap.

(By Jessica Miles)
Dark Short Jokes
"You da bomb!" is a compliment in the West.
And an argument in the Middle East.
Rabbi, We Have a Problem! 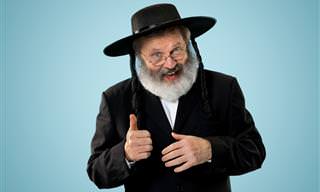 Two Jewish men knock on Rabbi Levi's door. "What can I do for you gentlemen?" Said the Rabbi once he opened his door. They explain to him they have an argument and cannot resolve it. The Rabbi agrees to help them. "What is the argument about?" he asks. First Man: "Black is a color!" Second Man: "NO! it is not!" First Man: "It is a color!" Second Man: "Rabbi, is black a color?" "Well, sure..." Said the confused Rabbi. First Man: "See, I told you. And so is white!" Second Man: "White is not a color!" First Man: "Rabbi?" Rabbi: "Well, yes, white is a color." First Man: "See? I told you Moishe, I sold you a Color TV!"
rabbi argument stupidity joke tv door white black color jewish joke
Rate: Dislike Like
Jokes For Women
What's the difference between a knife and an argument with a man?
The knife has a point.
A couple drove down a country road for several miles, not saying a word.
An earlier discussion had led to an argument and neither of them wanted to concede their position.
As they passed a barnyard of mules, goats and pigs, the husband asked sarcastically,
"Relatives of yours?"
"Yep," the wife replied, "in-laws."
The Brewing Argument 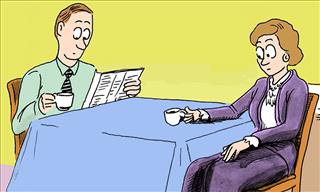 A man and his wife are having an argument about who should brew the coffee each morning. The wife says, "You should do it, because you get up first, and then we don't have to wait as long to get our coffee." The husband says, "You are in charge of the cooking around here so you should do it, because that is your job, and I can just wait for my coffee." The wife replies, "No, you should do it, and besides it says in the Bible that the man should do the coffee." Husband replies, "WHAT?!? I can't believe that! Show me." So she fetches the Bible, opens the New Testament and shows him at the top of several pages, that it indeed says, "HEBREWS."
job marriage joke religion joke cooking argument Hebrews bible coffee morning brew in charge new testament
Rate: Dislike Like
Soccer Puns
We had an argument on our way back from the tournament. Our position is that their goal was stopping ours.
Greek vs. Italian 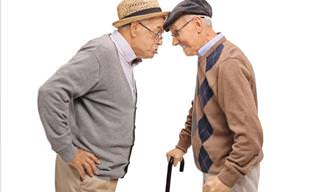 Two old men are arguing about history and the splendors of athens and Rome. the Greek man says "Look, all I'm saying is that the Greeks invented everything the Romans get credit for!" The Italian says "Yes, may be, but the Romans improved it and made it useful!" The Greek man says "We invented the Democracy!" The Italian says "We realized the challenge of direct elections and the benefit of the legislature, and thus created the Republic!" The Greek man says "Yes, but we created beautiful architecture like the Parthenon!" The Italian says "And we improved your building techniques, and used them to create aqueducts and structures that stood for centuries longer!" The Greek man, frustrated, finally says "Ah, of course. But the Greeks, we INVENTED lovemaking!" The Italian man says "That may be true, but WE introduced it to women!"
senior rude joke old man lovemaking Italian argument greek invention romans rome democracy panthenon
Rate: Dislike Like
Food puns
Is an argument between two vegans, still called a beef?
Contact us | Help | About us | Terms | Privacy policy | Categories | Collections