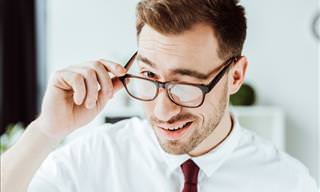 A very successful businessman had a meeting with his new son-in-law. "I welcome you into the family!” said the man. “To show you how much we care for you, I am making you a 50-50 partner in my business. All you have to do is go to the factory everyday and learn the operation.” The son-in-law interrupted. “I hate factories. I can’t stand the noise.” “I see,” replied the father-in-law. “Well, then you’ll work in the office and take charge of some of the operations.” “I hate office work,” said the son-in-law. “I can’t stand being stuck behind a desk.” “Wait a minute,” said the father-in-law. “I just made you half owner of a money-making industry, but you don’t like factories, and won’t work in an office. What am I going to do with you?” “Easy,” said the son-in-law. “Buy me out.”
family business joke office operation factory partner desk noise factories 50-50 son-in-law father-in-law
Rate: Dislike Like
Funny Poems
Taking a romantic ride today,
We sat upon the wagon.
Suddenly the horse lifted his tail
And we heard a roaring dragon!

The deafening sound hurt my ears
And the smell burned the hairs in my nose.
My girlfriend sat and glared at me.
Somehow my fault I suppose.

It was my idea to take the ride,
But how was I to know?
It really wasn't in my plans;
Didn't know the horse would blow.

The noise and the smell were bad enough,
As the wind blew quickly by.
But I think the very worst of it,
Was the brown stuff in my eye.

My girlfriend's face turned angry red.
So I figured I wouldn't dare,
Advise her of the smelly pieces
Of horse stuff in her hair.

The horse finally stopped; my girl ran away,
Stubbornly lifting her chin.
I think that horse was enjoying himself,
Cause I'm sure I saw him grin.

A lesson learned for me today.
Although I must confess,
I laughed so hard I nearly cried
As I wiped away the mess.