Summer is Here and We're Punning Out!
Jokes > Tags > Died

Funny Work Quotes
“Never go to a doctor whose office plants have died."
~ Erma Bombeck
Dirty Oral Pick Up Lines
My d*ck just died. Can I bury it in your mouth?
Peach Puns
I just hear that the woman who lives next door and loves fruit died. I hope she would rest in peach.
Toxic Pick Up Lines
I dreamt about you. You died.
Garden Quotes
“My fake plants died because I did not pretend to water them.”
– Mitch Hedburg
"I have a rock garden. Last week three of them died."
- Richard Diran
Orange Puns
Q: What did the old orange see before it died?
A: The grim ripe-r.
Family Puns
Just found out my cousin who had a stuttering problem died in prison
He didn't even finish his sentence
History Puns
When Napoleon died in the explosion, he was blown-apart-e.
Parrot Puns
A well-loved parrot died, and was digitally immortalized in a 3D rendering.
Polygon but not forgotten.
Food Poems
Sandy was a chocoholic,
The worst I've ever seen!
If she didn't eat some daily,
She'd become crazy mean!

It didn't matter what kind it was,
Ice cream, cake, pie or candy,
As long as it was chocolate,
Sandy was fine and dandy!

Then one day the unthinkable happened,
To the chocolate loving miss,
While eating her favorite candy,
She choked on a chocolate kiss!

"Death by chocolate," the coroner concluded,
As to the cause of Sandy's death.
At least she died doing what she loved,
Eating chocolate til her last breath. 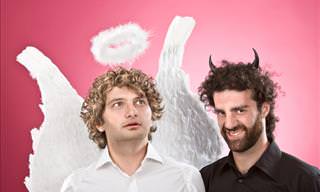 Once there were three men, Charlie, Mason and Buck, who were involved in a tragic car accident in which all three died. As they stood at the gates of Heaven, St. Peter came up to them and said, "You will all be given a method of transportation for your eternal use around Heaven. You will be judged on your past deeds, and will have your transport chosen accordingly." St. Peter looked at Charlie and said, "You, Charlie, were a bad man. You cheated on your wife four times! For this, you will drive around Heaven in an old beat-up Dodge." Next, St. Peter looked at Mason and said, "You were not so evil, but you still cheated on your wife two times. For this, you will forever travel around heaven in a Toyota station wagon." St. Peter finally looked at Buck, and said, "You, Buck, have set a fine example. You did not have s*x until after marriage, and you never cheated on your wife! For this, you will forever travel through heaven in a Ferrari." A short time later, Mason and Buck pulled up in their cars next to Buck's Ferrari, and there he is, sitting on the hood, head in hands, crying. "What's wrong, Buck?" they asked. "You got a Ferrari! You're set forever! Why so down?" Buck looked up, ever so slowly opened his mouth and cried, "I just saw my wife go by on a skateboard."
religion joke cheating joke heaven car accident st. peter transport died paradise skateboard tragic deed
Rate: Dislike Like
Strawberry Puns
My grandmother was famous all over town for growing delicious strawberries.
She made me promise that when she died, I would plant her strawberries on her grave so that people could enjoy them when they visited. When she passed away I fulfilled my promise. She’s dead and berried.
The Rabbi's Wife 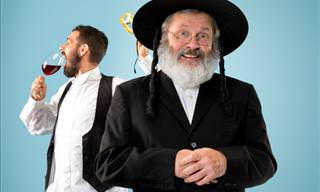 At Friday night services, Morris went to his friend Irving and said, "I need a favor. I'm sleeping with the Rabbi's wife. Can you hold him in synagogue for an hour after services for me?" Irving was not very fond of the idea, but being Morris' lifelong friend, he reluctantly agreed. After services, he struck up a conversation with the Rabbi, asking him all sorts of stupid questions - just to keep him occupied. After some time the wise Rabbi became suspicious and asked, "Irving what are you really up to?" Irving, filled with feelings of guilt and remorse confessed to the Rabbi, "I'm sorry, Rabbi. My friend is sleeping with your wife right now, so he asked me to keep you occupied." The Rabbi smiled, put a brotherly hand on Irving's shoulder and said, "You'd better hurry home, Irving. My wife died two years ago."
wife rabbi religion joke cheating joke stupid shoulder services died sleeping irving
Rate: Dislike Like
Three Funerals and a Wedding 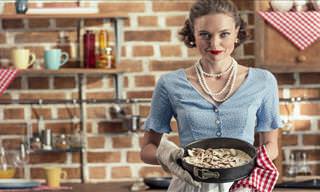 A woman makes a new friend at the gym, a beautiful woman. A few months later, she gets a wedding invitation. Excited, she asks her friend if this is her first marriage. "Fourth, actually." Says the other woman . Her friend says, "Fourth?? How.. how wonderful." Curiosity gets the better of her and she asks, "I hope you don’t mind me asking what happened to your first three husbands?" The woman replies, "First one ate poisonous mushrooms and died." "Oh, how tragic!" she gasps. "What about your second husband?" "He ate poisonous mushrooms too and died." the woman replies. Feeling shocked, "Oh, how terrible! I am almost afraid to ask you about your third husband. Did he eat poison mushrooms, too?" she asks. "Oh, no. He died of a broken neck." Came her reply. Her friend asks, "A broken neck?" The woman calmly looks at her and says, "He wouldn’t eat his mushrooms.."
poison terrible died asking calmly mushrooms broken neck husbands shocked
Rate: Dislike Like
Funny Poems
There was a very cautious man
Who never laughed or played
He never risked, he never tried,
He never sang or prayed.
And when he one day passed away,
His insurance was denied,
For since he never really lived,
They claimed he never really died.
Onion Puns
How will the other onions remember the onion that died? It will be forever minced!
When the baby onion died just after being born, the doctors classified it as an o-neonatal death.
The Wrong Afterlife 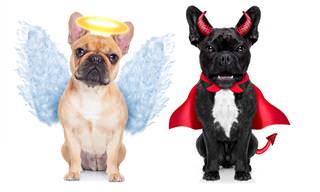 The devil was sitting at the gates of hell when an old man suddenly arrived in a burst of flames, looking confused and lost. The Devil looked at his paperwork, and frowned. He was unable to find this old man’s data file. “This can’t be right,” the old man said, looking at the Devil accusingly, “I’ve been a good man my whole life!” The Devil nodded apologetically, most people said this when they arrived at Hell. “Why don’t you start with how you died and we’ll figure it out.” He said The old man signed and said: “Well, I was out with minding my grandchildren, enjoying a fun day out. I don’t get the grandchildren often because my eyesight is starting to fade. But we were having the most wonderful time.. And that’s when everything went crazy! Out of nowhere, I spotted the largest most grotesque mouse I’ve ever seen moving towards us. It was absolutely enormous! And that’s when it moved. Straight towards the grandchildren first, limbs outstretched. You don’t know where mice have been, what if it had bitten one of them? Can you imagine if they got rabies on my watch?” “So what did you do?” The Devil whispered, entranced by the story. He was munching on a box of popcorn. The old man continued, “You don’t get how big this mouse was! Radiation it must’ve been. Too many phones these days, that’s what causes it. I did the only think I could! I grabbed my walking stick and I cracked it over the head. Now my eye sight isn’t that good anymore, but I whacked it good! The kids started screaming at this point. You know how they get when you have to kill an animal. But I needed to keep going. You see with mice, you need to see their guts to know their dead. Otherwise they’ll be back with others.” “So you killed it?” The Devil asked. Some of his demigods had come to listen to the story. The old man nodded, “By golly I did! Guts and all were splattered for all to see. The kids had lost their mind at this point. Tears everywhere. A crowd had gathered as well, all screaming at the sight. It was at this point though, that the exertion caught up with me. I felt my heart give way. I must have suffered a heart attack. Next thing I know, I’m here.” “Well,” the Devil said, concerned, “This doesn’t seem to add up. Let me just give Heaven a call and we’ll try and see what’s going on here. The Devil pulled up a phone from thin air and dialed a number. “Hey Jesus,” the Devil said, “I think I’ve got one of yours here. His story checks out. Must have been a mix up.” The Devil nodded as a voice on the phone spoke back to him. He gave the old man a silent celebratory thumbs up as the voice continued. The Devil covered the phone speaker with his hand, turned to the old man and said, “You’re all good, they just want to know where you were when you died.” The old man nodded, “Oh that’s easy, I was at Disneyland.”
hell old man phone kids Devil jesus mouse tears crowd died guts thumbs up
Rate: Dislike Like
Want to start your day laughing? Register to our Daily Joke! Want to start your day laughing? Register to our Daily Joke!
Did you mean:
Continue With: Facebook Google
By continuing, you agree to our T&C and Privacy Policy
Contact us | Help | About us | Terms | Privacy policy | Categories | Collections