Space Puns
What do you call people who go to space? Icetronauts.
I dare you to lie that you didn’t find all these space puns hilarious. Th
Becoming a space pilot is not easy. It requires a good altitude.
I would have gone to space, but the cost is astronomical!
How will you have communion in the space if you won’t have mass?
One Liners and Short Jokes
My friend Jim told me today that I make people very uncomfortable and have no respect for personal space. I mean, what a thing to say to a friend.
It totally ruined our bath!
Alien Puns
Why don't aliens get hungry after being blasted into space?
Because they've just had a big launch.
Moon Puns
Whats the first day of the week called in outer space?

Moonday.
A Flat Earther in Heaven 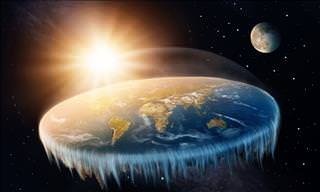 A flat-Earther died, and to his surprise found himself standing on a cloud in front of the gates of heaven. God himself was there and told him he would be happy to answer any questions the man might have - about anything across the entirety of Space and Time. So of course the man said: "Was I right?? Is the earth actually flat?" God chuckled and said: "Of course not." The man shook his head in disbelief, shaken to his very core, before murmuring: "This goes even higher than I thought..."
religion joke God heaven time space conspiracy flat earth joke gates of heaven chuckled murmuring
Rate: Dislike Like
A Human Loving Alien 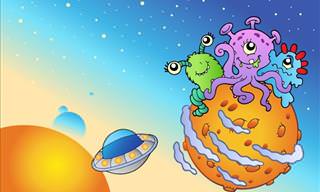 An astronaut is the first to step onto an alien planet. The alien's are so excited that they change all their signs to English, and even rename some of their places and landmarks after Human places and landmarks and things. The astronaut decides the first place he wants to go is a pub. He sees a nearby alien and asks, "where's the pub?" The alien gurgles back but his suit translates to the astronaut in real time. The alien says, "just around the corner!" The astronaut heads around the corner and sees it! It's labelled "The Keyboard" and he asks the bouncer, "Why is it called the Keyboard?" The bouncer replies, "the boss loves all things human and changed his name to reflect that. Ask him, he's the bartender." So the astronaut enters the Keyboard and goes to the bartender. "Excuse me, do you own this pub?" The astronaut says. "I do." The bartender gurgles back. "Why is it called the Keyboard?" The man asks. "Well," the alien gurgles in reply, "since I knew you humans were coming I updated the name!" The astronaut is on the edge of his seat... "The reason it's called the Keyboard is because it's a space bar."
bar bartender astronaut aliens pub space keyboard space bar gurgle planet
Rate: Dislike Like
Dad Jokes
I got fired on my first day as a car salesman.
Customer: "Cargo space?"
Me (speaking slowly): "No, not space.. Car go ROAD."
Manager: " Can I see you in my office?"
Birthday Puns
I gifted my girlfriend a star for her birthday
I think its perfect, she said she needed some space.
I gifted my girlfriend a star for her birthday
I think its perfect, she said she needed some space.
Blonde Jokes
A blond loses his check book, so he goes to the bank 2 days later to report it.
Bank manager: I warned you to be careful with your check book, because anyone can forge your signature.
Man: "I'm not a fool. I already signed all the checks so there is no space to forge my signature!"
Corona Virus Jokes
We are 11 days into self-isolation ands it is really upsetting me to witness my wife standing at the living room window gazing aimlessly into space with tears running down her cheeks.
Don’t get me wrong, I empathize with her. I’ve considered letting her in many times, but rules are rules.
Tea Puns
Tea pun-packed poem for my mum's birthday card
It’s been oolong time since my mum was born,

About Six-tea years to date,

Her Kindness and (earl) grace,

too many to name in this teany space,

to pekoe out just a few does not do her justice,

let’s not stir things up and cause more of a ruckus,

While this ode may be (chamo)miles away from a Maya Angelou,

It’s just an obnoxious way to say how very matcha I love you.
Brain Puns
What did the axon terminal say to the receptor when they broke up?
I need my space.
A Volunteer to Mars 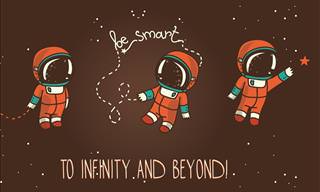 NASA was interviewing professionals to be sent to Mars. Only one could go and they could never return to Earth. The first applicant, an engineer, was asked how much he wanted to be paid for going. “A million dollars,” he answered, “because I want to donate it to M.I.T.” The next applicant, a doctor, was asked the same question. He asked for $2 million. “I want to give a million to my family,” he explained, “and leave the other million for the advancement of medical research.” The last applicant was a lawyer. When asked how much money he wanted, he whispered in the interviewer’s ear, “Three million dollars.” “Why so much?” asked the interviewer. The lawyer replied, “You convince them I'm the best candidate. I’ll give you $1 million, I’ll keep $1 million, and we’ll send the engineer to Mars.”
interview lawyer lawyer joke doctor engineer space earth mars nasa dollars million interviewer applicant
Rate: Dislike Like
Contact us | Help | About us | Terms | Privacy policy | Categories | Collections