If I Had a Dollar For Each Of These Jokes...
Jokes > Tags > Cars Jokes

An Atheist in Hell 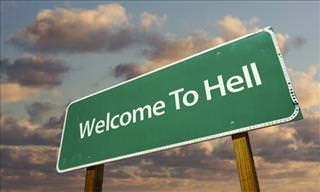 An atheist dies and goes to hell The devil welcomes him and says:"Let me show you around a little bit." They walk through a nice park with green trees and the devil shows him a huge palace. "This is your house now, here are your keys." The man is happy and thanks the devil. The devil says:"No need to say thank you, everyone gets a nice place to live in when they come down here!" They continue walking through the nice park, flowers everywhere, and the devil shows the atheist a garage full of beautiful cars. "These are your cars now!" and hands the man all the car keys. Again, the atheist tries to thank the devil, but he only says "Everyone down here gets some cool cars! How would you drive around without having cars?". They walk on and the area gets even nicer. There are birds chirping, squirrels running around, kittens everywhere. They arrive at a fountain, where the most beautiful woman the atheist has ever seen sits on a bench. She looks at him and they instantly fall in love with each other. The man couldn´t be any happier. The devil says "Everyone gets to have their soulmate down here, we don´t want anyone to be lonely!" As they walk on, the atheist notices a high fence. He peeks to the other side and is totally shocked. There are people in pools of lava, screaming in pain, while little devils run around and stab them with their tridents. Other devils are skinning people alive, heads are spiked, and many more terrible things are happening. A stench of sulfur is in the air. Terrified, the man stumbles backwards, and asks the devil "What is going on there?" The devil just shrugs and says: "Those are the Christians, I don´t know why, but they prefer it that way"
hell religion joke fence the devil woman heaven and hell joke christianity fountain park cars
Rate: Dislike Like
Spain Puns
How come there are no automatic cars in Spain?
They’re all Manuel.
Puns
I had a dream that I was a mechanic who fixed wrecked cars.
It was an auto body experience.
Kangaroo Puns
The collective noun for kangaroos is a "troop". What is the collective noun for cars?
A Lot

A Cadilac With Everything 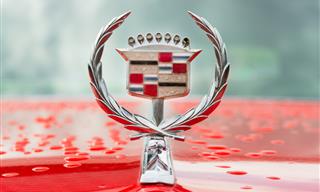 A few decades ago, a man and his wife were driving through the country on his way from New York to California. Looking at his fuel gauge, he decided to stop at the next gasoline station and fill it up. About 15 minutes later, he spots a Mobil station and pulls over to the high octane pump. "What can I do for y'all?" asks the attendant. "Fill 'er up with high test," replies the driver. While the attendant is filling up the tank, he's looking the car up and down. "What kinda car is this?" he asks. "I never seen one like it before." "Well," responds the driver, his chest swelling up with pride, "This, my boy is a 1999 Cadillac DeVille." "What features does it have?" asks the attendant. "Well," says the driver, "It has everything. It's loaded with power steering, power seats, power sun roof, power mirrors, AM/FM radio with a 10 deck CD player in the trunk with 100 watts per channel, 8 speaker stereo, rack and pinion steering, disk brakes all around, leather interior, digital instrument package, and best of all, an 8.8 liter V12 engine." "Wow," says the attendant, "That's really something!" "How much do I owe you for the gasoline?" asks the driver. "That'll be $30.17," says the attendant. The driver pulls out his money clip and peels off a $20 and a $10. He goes into his other pocket and pulls out a handful of change. Mixed up with the change are a few golf tees. "What are those little wooden things?" asks the attendant. "That's what I put my balls on when I drive," says the driver. "Wow," says the attendant, "Those Cadillac people think of everything!"
car joke driver mirror cadillac attendant features cars loaded power radio sun roof cd player.
Rate: Dislike Like
Dirty Short Jokes
A woman arrived at a party.
While scanning the guests, she spotted an attractive man standing alone.
She approached him, smiled and said, "Hello. My name is Carmen."
"That’s a beautiful name," he replied. "Is it a family name?"
"No," she replied. "As a matter of fact I gave it to myself. It represents the things that I enjoy the most – cars and men. Therefore I chose 'Carmen'"
"What’s your name?” she asked.
He answered "B. J. Titsengolf."
Funny Aging Quotes
"We must both, I’m afraid, recognise that, as we grow older, we become like old cars – more and more repairs and replacements are necessary." - C.S. Lewis
Want to start your day laughing? Register to our Daily Joke! Want to start your day laughing? Register to our Daily Joke!
Did you mean:
Continue With: Facebook Google
By continuing, you agree to our T&C and Privacy Policy
Contact us | Help | About us | Terms | Privacy policy | Categories | Archive | Collections
Login
Already registered?
Enter your email address and get full access.
Did you mean:
Not a member? Click Here
Personal Details