Fairy Puns
I just paid for a boat ride to a magic themed renaissance carnival. The price was reasonable.
It was a fair fairy faire ferry fare. 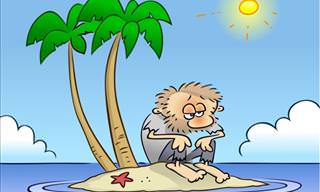 A man travels on a ship. Two days in, the ship encounters a storm and drowns. Hanging on weakly to a piece of the mast, he manages to survive and gets washed up on an unknown island. Only problem is, it's so unknown that no ship ever comes near it. 10 years pass on the island, and the survivor has been alone all this time, that is until one day, he suddenly notices an unusual speck in the distance. “It’s certainly not a ship,” he thinks to himself. No ship has ever come. As the speck gets closer and closer the man starts to rule out the possibility that it’s a small boat or even a raft. Suddenly, emerging from the surf is a beautiful blonde woman wearing scuba gear and a wet-suit. She approaches the man, who can’t believe his eyes. She tells him she has a boat nearby, and she just took a swim. The look of the poor man makes her feel a great wave of pity for him. “Tell me, how long has it been since you’ve had a cigarette?” she asks the man. “It’s been 10 years,” he replies. With that, the woman reaches over and unzips a waterproof pocket on her left sleeve and pulls out a packet of cigarettes. The man takes one, lights it and takes a long drag. “Man, that is good!” he says, sighing in pleasure. “And how long has it been since you’ve had a sip of bourbon?” the woman asks. Trembling, the castaway explains that it’s also been 10 years. Sure enough, the woman reaches over, unzips her right sleeve and pulls out a flask. The man opens it and takes a swig. “This is the best day of my life,” he says, grinning. The woman starts unzipping her long zipper that runs down the front of her wetsuit and looks at the man seductively. “Now, how long has it been since you’ve had some real fun?” she asks seductively. With tears in his eyes, the man falls to his knees and sobs. “Dear lord! Don’t tell me you’ve got a game of twister in there!”
joke about women shipwrecked island boat woman twister castaway years poor seductively sobs pity nearby
Rate: Dislike Like
Dirty Travel Pick Up Lines
Are You A Tug Boat? Because, I want you to tug my vessel.
Tiger Puns
Q: How does a tiger move a boat?
A: He uses roars.
Water Sports Pick Up Lines
Baby, you've bought yourself a cruise on the Love Boat. I'll be your captain.
If you were a boat I would keep you in a garage.
Now get out there and pick-up your boat race sweetie!
Have you ever driven a boat? Try to park it on my dock.
I was so enchanted by your beauty that I ran my boat into yours. So I am going to need your name and number for insurance purposes.
Computer Puns
What do hackers do on a boat?
Phishing. 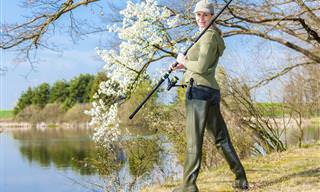 A newlywed fisherman's wife sees her husband sleeping on the couch. Bored, she decides to take the boat on a ride around the lake. She goes forward a bit, then drops the anchor and reads a book in peace. A short while later, an officer of the coast guard appears and stops beside her. "Good morning, ma'am, what are you doing?" "I'm reading a book." Answered the surprised woman. "Couldn't he see that?" She thought... "I'm afraid this is a no fishing area." The officer notified her. "I'm sorry officer but I'm not fishing, I'm clearly reading." "Yes but you can start at any second, you have all the right equipment. I'm going to have to take you to the station and fill out a complaint." "OK, but if you do that I will have to give my own complaint about you sexually assaulting me!" "But.." splattered the surprised officer, "I never touched you!" "Yes that's true," replied the woman, "but you can start at any second, you have all the equipment..."
fishing police joke boat police officer
Rate: Dislike Like
Password Puns
What do hackers do on a boat?
Phishing.
Crocodile Puns
What happens when an alligator drives a boat?
He becomes a navigator.
Travel Pick Up Lines
Baby, you've bought yourself a cruise on the Love Boat. I'll be your captain. 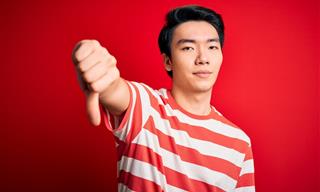 A Chinese man comes to Los Angeles for a holiday. He arrives at LAX and gets a cab to take him to his hotel. On the way he sees a few buses, and he says to the taxi driver: "The buses here are so noisy and really slow... In China the buses are very fast!" The taxi driver says nothing. Later the Chinese tourist sees a marine with a few boats sailing by. He comments again to the driver: "The boats here are so slow... in China the boats are very fast!" The driver kept silent and drove. When they get to the hotel, the Chinese tourist gets out of the taxi and askes for the meter reading. The driver calmly tells him the price, and the man is startled. "Are you kidding?" he yells, "Your buses are so slow, the boats are so slow. If everything else here is so slow then how come the meter of your taxi is so fast?!?" The driver gives him a smile and says: "It's made in China."
car joke business joke taxi driver boat bus China hotel chinese man drive los angeles meter lax
Rate: Dislike Like
Piss Puns
How do you piss off a boat?
Stand on the back and take a leak.
Dirty Thanksgiving Pick Up Lines
I'd love to get you in my gravy boat.
Viking Puns
Why did the Viking buy an old boat?
He couldn't a fjord a new one.
Want to start your day laughing? Register to our Daily Joke! Want to start your day laughing? Register to our Daily Joke!
Did you mean:
Continue With: Facebook Google
By continuing, you agree to our T&C and Privacy Policy
Contact us | Help | About us | Terms | Privacy policy | Categories | Archive | Collections
Login
Already registered?
Enter your email address and get full access.
Did you mean:
Not a member? Click Here
Personal Details