Gnome Puns
Where do gnomes first go when they log on to the internet?
The gnome page of course!
Classic Pick Up Lines
Whenever I see you my heart races. I hope to win first place.
Do you believe in love at first sight or do I have to walk by again?
Funny Groucho Marx Quotes
"I remember the first time I had sex - I kept the receipt."
The Wifi Password 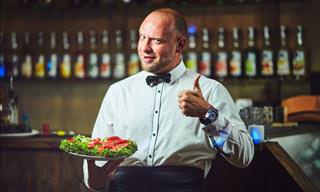 A man goes into a bar in the airport and asks the bartender what the password is to their wi-fi. Bartender: You need to buy a drink first. Me: Okay, I'll have a coke. Bartender: Is Pepsi okay? Me: Sure. How much is that? Bartender: $3 Me: There you go. So, what's the wi-fi password? Bartender: It's you-need-to-buy-a-drink-first. No spaces, all lowercase.
bar computer joke password bartender wifi airport drink coke first spaces pepsi wifi password lowercase
Rate: Dislike Like
Tableware Puns
My wife threw a saucer at me because I hadn't completed the science project of our kid until then. Interestingly, he won first prize at school for presenting...
a Flying Saucer.
Elvis Pick Up Lines
The first time ever I saw your face I thought the sun rose in your eyes
If I Had a Dollar... Jokes
If I had a nickel for every time someone forgot my name, I would be the first billionaire known as “man” or “fella.”
Christian Pick Up Lines
Hey, let me take you out on a first date in the snow - I promise I'm not a flaky person.
Drugstore Pick Up Lines
Girl, you're so expensive, my insurance is requiring prior authorization before our first date.
Music Pick Up Lines
Do you believe in love at first set, or should we run it another time?
And What Does YOUR Father Do? 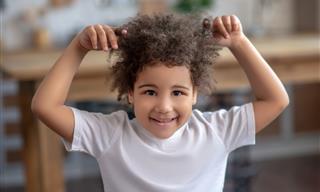 It was a regular day at first grade, and the teacher asked all the students to tell her something about what their parents do for a living. Some kids knew and gave a good description, while others didn't really understand their parents' jobs and gave vague descriptions or none at all. When they got to little Johnny, he stood up and said: "My dad cuts people in half." "Oh, really?" asked the teacher with a smile, "You mean he's a magician?" "I don't know." Said Johnny. "A surgeon, maybe?" asked the teacher. "I don't know." repeated Johnny. "Then why do you think he cuts people in half?" asked the confused teacher. "Because I have two half brothers and three half sisters."
job children kids half little johnny joke dad joke teacher joke first cut grade elementary school
Rate: Dislike Like
Food Quotes
"Life is uncertain. Eat dessert first."
– Ernestine Ulmer
Yard Puns
I really wish my five-year-old son would make up his mind! First, he said he wanted a treehouse in the backyard, but now, he says he doesn't need it…
Took me twenty years to grow that thing!
Two kids are camping in their backyard, it's gotten pretty late and neither of them has a watch.
"What time do you think it is?" one of them asks the other.
"Just make a ton of noise," says the other.
The first kid gets confused and decides to do it anyway. After a few seconds of screaming, a light turns on in another yard and a neighbor yells, "YOU CRAZY KIDS IT'S 2 IN THE MORNING!!"
Language Pick Up Lines
Girl, are you an adjective? Cause you should come first every day.
Garden Quotes
"Your first job is to prepare the soil. The best tool for this is your neighbor's motorized garden tiller. If your neighbor does not own a garden tiller, suggest that he buy one."
- Dave Barry
Want to start your day laughing? Register to our Daily Joke! Want to start your day laughing? Register to our Daily Joke!
Did you mean:
Continue With: Facebook Google
By continuing, you agree to our T&C and Privacy Policy
Contact us | Help | About us | Terms | Privacy policy | Categories | Collections