Little Johnny and His Little Scheme 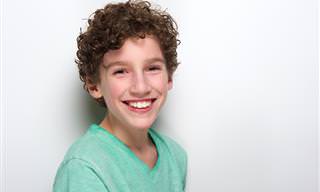 At school, Little Johnny was told by a classmate that most adults hide at least one dark secret - and this makes it very easy to blackmail them, merely by saying: "I know the whole truth." So Little Johnny decides to try it out. When he arrives home from school that day, he says to his mother, "I know the whole truth." His mother looks shocked, quickly finds $20, and gives it to him, saying, "Just don't tell your father." Quite pleased, Little Johnny waits for his father to get home from work, and greets him with, "I know the whole truth." His father looks shocked, quickly finds $40, and gives it to him, saying, "Just don't tell your mother." The next morning, Little Johnny is on his way to school when he sees the mailman at his front door. The boy decides to try again "I know the whole truth," he asserts boldly. The mailman stops in his tracks, then, tears in his eyes, drops his mailbag, throws opens his arms and says: "Then come give your daddy a great big hug!!!"
father mother money mailman blackmail truth little johnny joke work hug morning arms dark secret
Rate: Dislike Like
Quotes
“If you’re going to tell people the truth, be funny or they’ll kill you.”
Billy Wilder
“A lie gets halfway around the world before the truth has a chance to get its pants on.”
Winston Churchill
“I don’t want any yes-men around me. I want everybody to tell me the truth even if it costs them their job.”
Samuel Goldwyn
Computer Puns
Up until now, I always thought that all the cool mice would get together and live in my mousepad. Now when I know the truth, I feel quite broken.
Soccer Puns
It is now a universal truth that actions speak louder than coaches.
Puns
In every corny joke,
There is a kernel of truth.
Corn Puns
Some people say popcorn is hard to chew. There’s a kernel of truth to that.
Bread Puns
The baker just felt this incredible knead to make bread. That’s certainly the truth.
In the 1970s, hippies loved going to a Grateful Dead concert and getting toasted. That’s certainly the truth.
Skeleton Puns
Why does a skeleton always tell the truth?
He wants tibia honest.
Funny Parenting Quotes
"The truth is that parents are not really interested in justice. They just want quiet." – Bill Cosby
One Liners and Short Jokes
The Truth About The Beatles:
John was the brain.
Paul was the heart.
George was the spirit,
and Ringo was the drummer.
A cynical man wishes to a Genie that he would be a psychic.
The Genie nods and snaps his fingers, and the man is warped back to his home.

Eager to see if the Genie was telling the truth, the man tests his power on a friend. When he failed to make the right guess, he shouted in frustration.