Cheese Puns
Did you hear about the guy who forgot to use the colander when making mac and cheese?
His wife gave him a restraining order.
Snake Puns
A woman tried to order an exotic snake online, but was surprised to find that when the package arrived, it contained only feathered scarves.
Turtle Puns
The turtle had to cross the road in order to get to the Shell station.

I had a shell of a time when I attended the costume party as a turtle.
Roses are Red Violets are Blue Jokes
Roses are red,
Violets are blue,
I want to order pizza,
And watch Netflix with you.
Quotes
“The elevator to success is out of order. You’ll have to use the stairs, one step at a time.”
Joe Girard
Ski Puns
What do skiers order at fast food restaurants?
Icebergers with Chilly Sauce, on the slide.
Giraffe Puns
Why don’t most restaurants serve giraffe?
Because it’s a tall order.
Snow Puns
What did the snowman order at the fast food restaurant?
An ice burger extra cheese.
What did the snowman order at Wendy’s?
A Frosty.
Valentines Day Puns
My wife says she wants to order a glass of wine during our Valentine’s Day dinner.
She says she loves being carded.
The Obituary 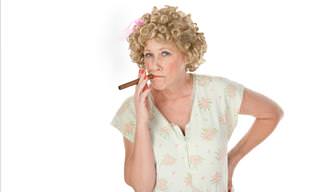 Betsy and Dan were married for 25 years. They were famous for fighting and generally disliking each other. One the 26th year Dan had a heart attack and died. A few days later Betsy walks into the local newspaper's office and asks to post an obituary. The Ad Editor informs her, "We can do 4 lines with a maximum of 80 words for $100". "Nah." She says, "That's a a lot of money and he didn't do much. What else you got?" "Ok," Says the editor awkwardly. "We can do 3 lines and a maximum of 25 words for $35." "Nope, still too expensive..." She grimaces. "What else ya got?" Flustered, the ad man wants to get her out the door and tells her, "We have the economy options - 2 lines, 5 words max, $5." She agrees. So he fills out the order and asks, "okay, what do you want it to say?" She thinks for a moment and then says: "Dan's dead. Car for sale."
car funeral joke lines economy order sam obituary
Rate: Dislike Like
Frog Puns
What does a frog order in Mcdonald's?
French flies and a diet croak.
Are You Done With That Chili, Pal? 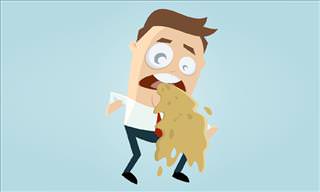 A hungry guy really fancies a bowl of hot chili. He sees a diner just up the street, so he decides to head there. A pretty waitress shows him to his seat, and he promptly places his order. The waitress says, "Sorry, but the guy next to you got the last bowl". He looks over and sees that the guy's finished his meal, but the bowl of chili is still full. He asks, "Are you going to eat that chili?" The other guy says, "No. Help yourself". He slides the bowl of chili over and starts to eat. When he gets about halfway down, his spoon hits something. He looks down sees a dead mouse and immediately pukes all the chili back into the bowl. The other guy says, "Yeah, that's about as far as I got, too."
stupidity joke chili puke dead mouse waitress bowl full spoon halfway far got diner promptly order
Rate: Dislike Like
Volleyball Puns
Why should you you stand on the service line? So that you can order ice cream.
Heart Puns
Nurse: Here’s our list of donor hearts and livers in alphabetical order.
Doctor: wow. Looks very ORGANized.
Bat Puns
How do bats line up in school?
In alpha-bat-ical order.
Pizza Puns
What kind of pizza do you order on Christmas?
Cheeses Crust.
Contact us | Help | About us | Terms | Privacy policy | Categories | Collections