Cosmetics Puns
What’s the leading cause of dry skin?
Towels.
Monster Puns
What happened to the skeleton who sat by the fire for too long?
He became bone dry.
Crocodile Puns
What do crocodiles wear to keep their legs dry in the water?
Gaiters.

The Old Man and the Rain 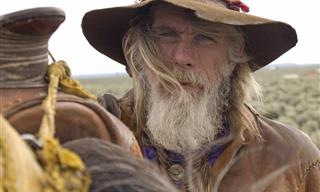 An old man was walking in the desert with his donkey when he reached a village. The people welcomed him with everything they could, offering him hospitality, taking care of his donkey and feeding him. While having dinner, he was surprised to be offered camel milk, as it is of notoriously bad taste. He thus asked about it and was told that the village has been cursed with an everlasting drought, and that the people have resorted to saving however little water they could find for crops. "Truth be told, I am one of the wise.", he said, "I know how to bring you rain. However, you must first bring me a wide bucket full of water, for I need some to bring more." The next morning, all of the villagers heard of his saying, and started collecting every drop of water they still had in reserve. In the end, there was barely enough to qualify for a bucket, and they gave it to the man. He then took the water, and walked within his host's house. There, he took off his dirty clothes, and started washing them. A curious one of the kids saw him through the window, and went on to alert everyone around. By the time they arrived, angry and shouting, it was already too late. The old man has washed all his clothes and was calmly hanging them. "Shame! Shame on you, old man, for wasting our water when our kids don't have enough to drink!" growled the chief. But as soon as he finished speaking, the sky darkened as the clouds gathered around the village. It started raining and it did not stop for 5 days straight. People got their fill, and everyone's reserves were overflowing. The old man was treated as a guest of honor and a hero, and the chief apologized profusely for ever doubting him. Only when he was about to leave, had the kid gathered the courage to ask about how he did it. "It's simple," said the old man "this always happens when I hang my clothes to dry."
old man dinner milk hanging camel water bucket angry shame clothes rain dry wet reserve
Rate: Dislike Like
Poop Puns
After letting elephant dung dry in the sun, it's nearly indestructible.
In fact, I'd say it's pretty heavy doody.
Beaver Puns
Why did the beaver refuse to laugh at any of the twig's jokes? He is not a big fan of dry humor.
Bathroom Puns
Why did the cows have towels? To keep each udder dry.
A lot of people can't figure out the right way to dry their towels.
It's just something they tend to get hung up on.
Why Don't Gymnasts Use Towels?
Cause they dumbbell dry.
I tried to tell a joke about towels...
But people don’t like my dry humor.
Why do you use an old towel to dry your dog?
Because it's a little rough.
Ancient Greek Monster Puns
Why are Minotaurs always broke?
Because their loan sharks are always milking them dry!
Movie Pick Up Lines
"We gotta get you out of those wet clothes and into a dry martini."
- Jay Chandrasekhar, Beerfest (2006)
Nuts Puns
Why was the backstroke done by the squirrel?
“The squirrel preferred to maintain his nuts dry.”
Shakespeare Insults
Your brain is as dry as the remainder biscuit after voyage.
Your brain is as dry as the remainder biscuit after voyage.
Want to start your day laughing? Register to our Daily Joke! Want to start your day laughing? Register to our Daily Joke!
Did you mean:
Continue With: Facebook Google
By continuing, you agree to our T&C and Privacy Policy
Contact us | Help | About us | Terms | Privacy policy | Categories | Archive | Collections
Login
Already registered?
Enter your email address and get full access.
Did you mean:
Not a member? Click Here
Personal Details