Sun Puns
The moon asked the sun: Buddy when you are so hot, why are you single yet?
Peach Puns
While leaving, the peach friend told his sad buddy, "If you need any help, just peach out, I will be there."
Spain Puns
I asked my buddy if he wanted to know what the word “the” was in Spanish. He expressed his disinterest and I responded with...
"Your los."
Ancient Greek Monster Puns
How did Poseidon greet the sea monster?
- Hey buddy, what's kraken?
Funny Animal Quotes
“Once when I was golfing in Georgia, I hooked the ball into the swamp. I went in after it and found an alligator wearing a shirt with a picture of a little golfer on it.”

- Buddy Hackett.
Theater Puns
My buddy was cast in Snow White and The Seven Dwarfs, but he was still angry because he wasn't Happy.
Puns
Is it acceptable to take the epidermis from your butt and graft it onto a buddy?
Ass skin for a friend.
Boat Puns
My writer buddy went to buy a new boat...
He named it Penman-Ship.
Funny Parenting Quotes
“My mother’s menu consisted of two choices: Take it or leave it.” – Buddy Hackett
Deer Puns
What did the deer tell his buddy before he took a test?
“Good buck!”
Clean Jokes
Officer: "Soldier, do you have change for a dollar?"
Soldier: "Sure, buddy."
Officer: "That's no way to address an officer! Now, let's try it again. Soldier, do you have change for a dollar?"
Soldier: "No, SIR!"
Funny Birthday Poems
Happy Birthday, Old Buddy!
Are you like me a bit?
I let my mind wander,
It didn't come back...
But better over the hill...
...than under it.
Gun Puns
Octopus: [holding a gun in each hand]
Cat: You're one short buddy.

What Reincarnation is All About 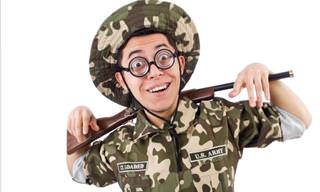 A soldier is reading a book while off duty when he sees his sergeant coming. Everyone hated sergeant Thompson, he always had a big stick up his bum. "Private." "Sergeant Thompson, Sir!" the soldier said, standing up smartly. "At ease." The soldier gladly returned to his book... until he realized the sergeant is still standing over him, staring at the cover. "Yes, Sarge?" "What's that rubbish you're reading there, private? Re..incar..nation? What's that all about?" "Well," smiles the soldier, "It's pretty simple sir. Say you died, God forbid, and we buried you. Then a few months later grass grew on that plot of land. Then a cow came and ate that grass. As nature dictates, a few hours later it passes it through its stomachs and dumps it out on the ground... Then I would walk by and say: "Hey Sarge, you haven't changed a bit!""
soldier sergeant army joke book stick reincarnation rubbish cover thompson buddy reading bum
Rate: Dislike Like 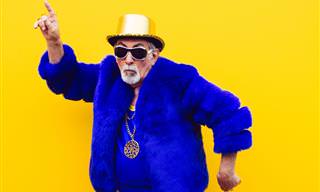 Two senior gentlemen are working at a sewage treatment plant. One guy goes off to lunch and comes back to find his buddy standing above a vat of sewage with a long rake. "What are you doing?!" he yells "My coat fell in!" his buddy yells back "You're not really gonna wear that again are you?!" his friend said worriedly. "No, no. Gosh no!" Says the old man to the relief of his friend. "I have to get it back though. My teeth are in the pocket!"
senior joke old man teeth coat lunch buddy vat sewage treatment plant
Rate: Dislike Like
Food Quotes
"As a child, my family's menu consisted of two choices: take it or leave it."
— Buddy Hackett
Violin Puns
My orchestra buddy wanted to bring his fiddle to a protest. I told him not to.
In a peaceful protest, there's no need for violins.
Want to start your day laughing? Register to our Daily Joke! Want to start your day laughing? Register to our Daily Joke!
Did you mean:
Continue With: Facebook Google
By continuing, you agree to our T&C and Privacy Policy
Contact us | Help | About us | Terms | Privacy policy | Categories | Archive | Collections
Login
Already registered?
Enter your email address and get full access.
Did you mean:
Not a member? Click Here
Personal Details