Your Dad Does It Better 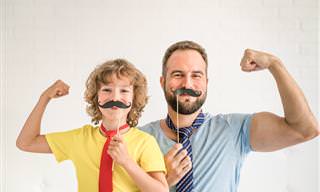 A small town man decides to go to the city. He's a self sufficient guy so this is a rare occurrence, however finding himself low on essentials he decides there's nothing for it and heads in. Being something of a special occasion he takes his youngest child with him, thinking it was the perfect chance to show off his knowledge of the world outside to an eager audience. On the trip in, they chatter away until they arrive at their first stop, the bakery. Pulling up, the little one excitedly asks where they are. "Why this is John the Baker, youngest. You see, when Dad doesn't make any bread, John makes it for him." The little one stares at him wide eyed and asks "is it as good as yours?" With a small grin he replies "No, mine is better!" And off he went to get the bread. Arriving at their next stop, the little one again queries where they are. "Why this is Ted's Liquor store, youngest. You see, when Dad doesn't make any beer, Ted makes it for him." The little one stares at him, thinking hard, and asks "is it as good as yours?" With a bigger grin he replies "no, mine is better!" and off he went to get some beer. At their final stop, the butcher's shop, the little one thinks the world makes a lot more sense now. "So then Dad..." his smallest child begins, and looks at him expectantly. "Yes that's right little one. This is Tom the Butcher. And when Dad hasn't made any sausages...." he trails off. "... Tom makes them for you?" She asks hesitantly. "Yes that's right! You are a smart one!" He exclaimed. "And yours are better!!" She shouts. Beaming with pride he says "Exactly!" And away he goes to collect some sausages from Tom. On the road home they pass the postal truck coming the other way. "Hey Dad!" Exclaimed the little one. "It's Pete the Postman!" "Yes that's right" said the farmer, but sensing what comes next he quickly continued "but we need Pete, your Dad is a farmer and can do a lot of things but I can't do what Pete does." "Oh yes!" she replied, "Mum says so too!"
family joke father daughter cheating joke postman butcher baker beer bread grin sausages liquor store occurr
Rate: Dislike Like
Hair Puns
My daughter asked me if I could put her hair in a bun. I said...
“I could but I think the baker might object”.
Bread Puns
Why did the baker file a sexual harassment claim?
People kept commenting on his hot buns.
What did the banker want from the baker?
To pump her nickels.
How do you spot a radical baker?
They’re always going against the grain.
Why did the baker keep putting too much flour in the bread? Because he was a gluten for punishment.
Why was the baker in a serious panic? He thought that he was in a loaf or death situation.
They say that the local baker is the breadwinner of his family. True enough.
The manager at the bread store told the baker that he had to stop loafing around. The baker said that it was his job.
The baker just felt this incredible knead to make bread. That’s certainly the truth.
The bread baker won the girl over because he kept giving her a flour. How sweet!
The cheap baker only paid his employees a flourly rate. Cheapskate!
How did the baker cut four loaves of bread at the same time? By buying a four-loaf-cleaver.
What Do I Look Like to You? 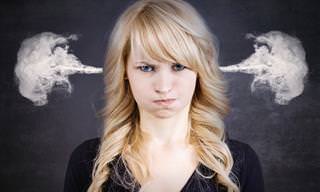 A married couple moves into to a new home. After a few days, as the husband returns home from work, his wife says to him, "Honey, one of the pipes in the bathroom is leaking, could you fix it?" "What do I look like, a plumber?" asks the husband, and goes to sleep. A few days later, the wife once again turns to her husband and says, "Honey, my car doesn't start. I think it may need a new battery. Could you change it for me?" "What do I look like, a mechanic?" asks the husband with a frown. A week goes by, and the wife once again turns to her husband and says, "Dear, the roof is leaking, could you do something about it?" "What do I look like, a roofer?" asks the husband. "Take care of these things yourself!" He then leaves home for a week on a business trip. "When I come back," he says to his wife, "I'd like all these things taken care of." He comes back a week later and is astonished to discover the roof is fixed, the car is running and the pipes are brand new. "Great! How much is that going to cost me?" he snarls at his wife. "Nothing at all." said the wife. "The neighbor popped in and turns out he's a handyman. He said he'd fix the whole thing if I'd just bake him a cake or sleep with him." "Wow," said the husband. "What kind of cake did you make him?" "What do I look like," exclaims the wife, "a baker?"
joke about men cheating joke what do i look like cake baker mechanic
Rate: Dislike Like
Little Johnny's Father 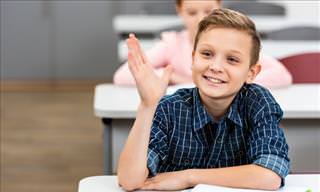 Little Johnny was in class and the teacher announced that they were going to try something different to help everyone get to know each other a little better, and to help with their spelling. She explained, "I want you to stand up and give us the occupation of your father, spell it, and say one thing he would give us all if he was here today." The first student raised her hand to volunteer. "Marcy," the teacher said. "You may go first." Marcy replied, "My father is a banker. B-A-N-K-E-R and if he was here today, he would give us all a shiny new penny." The teacher said, "Very nice, Marcy, who wants to go next?" Kevin stood up and announced, "My father is a baker. B-A-K-E-R and if he was here today, he would give us all a freshly-baked cookie." "Very good," the teacher told Kevin. Jeff was next, and he said, "My father is an accountant. A-K, no wait, A-C-K, no..." Before he could attempt to spell it once more, the teacher cut him off and told him to sit back down and to think about it for a while. When he thought he knew how to spell it, he could stand back up and try again. Little Johnny raised his hand in excitement hoping to be acknowledged by the teacher. The teacher called on little Johnny to go next. Johnny said, "My dad is a bookie. B-O-O-K-I-E and if he was here today, he would give us all 20:1 odds Jeff will never be able to spell "accountant."
father school joke children joke spelling Banker baker student dad teacher joke class bookie odds
Rate: Dislike Like
Cake Puns
What do you call a baker with a cold?
Coughee cake.
Avocado Puns
How did that avocado baker make bread?
With avoca-dough.
Dirty Limericks
There was this baker from South Carolina
Who stuck an eggbeater in her vagina
The cakes she would glaze
In an orgasmic haze
And her screams they would rattle the china.
Contact us | Help | About us | Terms | Privacy policy | Categories | Collections