Jokes and puns for greece:
Related Tags: greece
France Puns
French fries aren’t cooked in France
They’re cooked in greece.
Dirty Puns
If Russia attacked Turkey from the Rear...
Would Greece help?
If Russia attacked Turkey from the Rear...would Greece help?
Ancient Rome Puns
Why did Rome Fall?
Because it slipped on some Greece.
What was the most popular kids' movie in Ancient Greece?
Troy Story.
Puns
“I am hungary.”

“Maybe you should czech the fridge.”

“I’m russian to the kitchen.”

“Is there any turkey?”

“We have some, but it’s covered in greece”

“ew, there’s norway I’d eat that!”
Donut Puns
Where was the first donut cooked?
In Greece.
Knock Knock Jokes
Knock Knock
Who's there?
Greece!
Greece who?
Are Greece and oil the same thing?
The Smartphone Poem 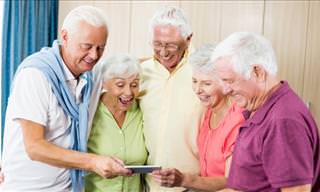 My new phone is "smart." I guess that I'm not. Amazing what all this here smart phone has got. TV and Weather and Internet, too. There's just no limits to what it can do. Check my blood pressure and my temperature Without even probing all my apertures. I now know the time in Paris or Greece. I can track the migration of thousands of geese Or find Chinese food; it's here on this map. Oops, my finger just slipped, now where was that at? A camera...a CAMERA! Now I can take shots Of everyone I know (who'd rather I not). Push this here button and take me a "selfie." (If it had a nose would this thing take a "smellfie"?) Email to pester with, video to shoot, Maps to drive 'round with, wow that's a hoot! A compass to guide me home if I'm lost. Thank God work paid for this thing (what it COSTS!). The things that it does would amaze Mr. Bell. What he would have thought of it, no one can tell, But one question's still stuck in my middle-aged craw. Despite all the gizmos that strike me with awe, They're fun and they're useful and "techy" and all ...But how do I just simply make a phone call?
phone computer joke email weather funny poem camera smartphone video chinese food shots geese internet
Rate: Dislike Like
Bacon Puns
How is bacon like southern Europe?
It's got a lot of Greece in it.
Pot Puns
How is Europe like a frying pan?
It has Greece at the bottom.
Greece Puns
What is the capital of Greece?
G.
Why do people in Greece not wake up until noon?
Because Dawn is tough on greece.
What does a Greek machine need to work?
Greece.
Who is the most famous actor in Greece ?
John Travolta.
What do cows in Greece sound like?
They say µ.
How did citizens of Ancient Greece measure land for crops?
By Demeter.
I've been dying to go to Greece on vacation.
But all they serve is bar food.
Brother: "My friend John is in Greece studying abroad."
My Dad: "What's her name?"
If Russia attacked Turkey from behind do you think Greece would help?
What did Sophocles call his dating service in Ancient Greece?

Oedipal Arrangements.
In Ancient Greece, people who had beliefs contrary to the worship of Poseidon were executed for Heresea.
Did you know the first French fries weren't actually cooked in France? They were cooked in Greece.
Some people say Greece should stop using the euro as currency...
I think they're being over-drachmatic.
A company from Israel took over the Greek national cheese factory in Greece
Now it's called the Cheeses of Nazareth.
Son: I was really Hungary and I ate the whole Turkey. There is only Greece left.
Me: I couldn’t Bolivia!
I was at a thrift store and the guy ahead of me was purchasing an antique urn made in Greece
He asked the cashier if she knew how much a Greek urns.
Fire Puns
I heard there are some fires near Greece
We’re gonna need a lot of baking soda.
Socrates' Triple Filter Test 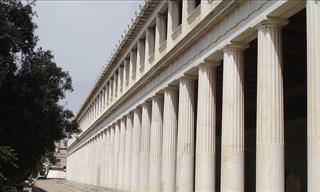 In ancient Greece, Socrates was reputed to hold knowledge in high esteem. One day, an acquaintance ran up to the great philosopher and said, "Socrates, do you know what I just heard about your friend?" "Hold on a minute," Socrates replied. "Before telling me anything I'd like you to pass a little test. It's called the Triple Filter Test." "Triple filter?" "That's right," Socrates continued. "Before you talk to me about my friend, it might be a good idea to take a moment and filter what you're going to say. The first filter is Truth. Have you made absolutely sure that what you are about to tell me is true?" "No," the man said, "actually I just heard about it..." "All right," said Socrates. "So you don't really know if it's true or not. Now let's try the second filter, the filter of Goodness. Is what you are about to tell me about my friend something good?" "No, on the contrary..." "So," Socrates continued, "you want to tell me something bad about him, but you're not certain it's true. You may still pass the test though because there's one filter left: the filter of Usefulness. Is what you want to tell me about my friend going to be something I can use to benefit the world?" "No, not really." "Well," concluded Socrates, "if what you want to tell me is neither true nor good nor even useful, why tell it to me at all?" The man stared at him, and without a word turned around and left, dejected. This is why Socrates was a great philosopher and held in such high esteem. It also explains why he never found out his best friend was sleeping with his wife.
silly joke cheating joke socrates
Rate: Dislike Like
Want to start your day laughing? Register to our Daily Joke! Want to start your day laughing? Register to our Daily Joke!
Did you mean:
Continue With: Facebook Google
By continuing, you agree to our T&C and Privacy Policy
Contact us | Help | About us | Terms | Privacy policy | Categories | Collections