Fish Puns
What’s the difference between a marine biologist and a dog?
One tags a whale, the other wags a tail.

Americans Do It All Wrong 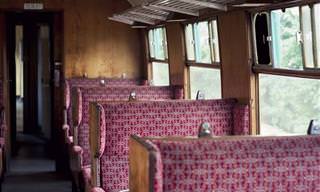 A Marine boarded a train on his way home from deployment. The train was quite crowded, and the Marine walked the entire length looking for a seat. There seemed to be one next to a well-dressed middle-aged French woman, but when he got there he saw it was taken by the woman's poodle. The war-weary Marine asked, "Ma'am, may I have that seat?" The French woman sniffed and said to no one in particular, "Americans are so rude.. My little Fifi is using that seat.." The Marine walked the entire train again, but the only seat available was under that dog. "Please, Ma'am. May I sit down? I'm very tired." She snorted, "Not only are you Americans rude, you are also arrogant!" This time the Marine didn't say a word; he just picked up the little dog, tossed it out the train window and sat down. The woman shrieked, "Someone must defend my honor! Put this American in his place!" An English gentleman sitting nearby spoke up. "Sir, you Americans seem to have a penchant for doing the wrong thing. You hold the fork in the wrong hand. You drive your autos on the wrong side of the road. And now, sir, you seem to have thrown the wrong bitch out the window."
dog American old lady British train marine French animal
Rate: Dislike Like
Zombie Puns
What part of the military do zombies serve in?
The marine corpse.
Dolphin Puns
Some marine biologists argued about how best to handle angry dolphins.
The were working at cross porpoises. 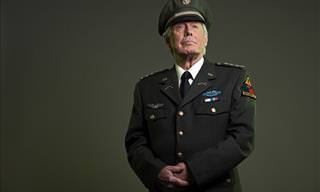 The army recently found it had too many generals and offered an early retirement bonus. They went through lots of retirement plans but nothing seemed to please everyone. In the end, desperate, they promised any general who retired immediately his full annual benefits plus $10,000 for every inch measured in a straight line between any two points on the general's body, with the general getting to select any pair of points he wished. The first man, an Air Force general, accepted. He asked the pension man to measure from the top of his head to the tip of his toes. Six feet. He walked out with a check of $720,000. The second man, an Army general, asked them to measure from the tip of his up-stretched hands to his toes. Eight feet. He walked out with a check for $960,000. When the third general, a grizzled old Marine General, was asked where to measure, he told the pension man: "From the tip of my penis to my testicles." The pension man suggested that perhaps the Marine general might like to reconsider, pointing out the nice checks the previous two generals had received. The Marine general insisted and the pension expert said that would be fine, but that he'd better get the medical officer to do the measuring. The medical officer attended and asked the general to drop 'em. He did. The medical officer placed the tape on the tip of the general's penis and began to work back. "My God man!" he said, "where are your testicles??" "Vietnam," smiled the general.
Military joke general testicles marine
Rate: Dislike Like
Biology Puns
What did the Italian marine Biologist say when asked to identify an eel?
That's a moray!
How is a dog and a marine biologist alike? One wags a tail and the other tags a whale.
Whale Puns
What’s the difference between a marine biologist and a dog?
One tags a whale, the other wags a tail.

How the Army Secures a Building 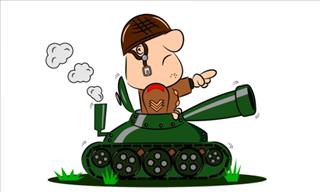 The reason the Air Force, Army, Navy and Marines bicker among themselves is that they don’t speak the same language. For instance, Take the simple phrase “secure the building”. The Army will post guards around the place. The Navy will turn out the lights and lock the doors. The Marines will kill everybody inside and set up a headquarters. The Air Force will take out a 5 year lease with an option to buy.
army marine language army joke light door navy air force building secure guard kill headquarters lease
Rate: Dislike Like 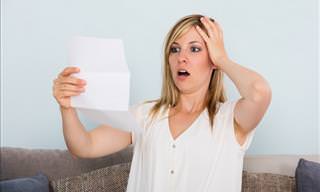 A United States Marine was deployed to Afghanistan. While he was there he received a "Dear John" letter from his girlfriend. In the letter she explained that she had slept with two guys while he had been gone and she wanted to break up with him. To add injury to the insult, she said she wanted back the picture of herself that she had given him. So the Marine did what any squared-away Marine would do. He went around to his buddies and collected all the unwanted photos of women he could find. In all, he got more than 25 pictures of various women (some with clothes and some without). He then mailed them to his now-former girlfriend with the following note: "I don't remember which one you are. Please remove your picture and send the rest back."
marine girlfriend picture clothes remove various pictures collected afghanistan dear john letter unwanted
Rate: Dislike Like
Want to start your day laughing? Register to our Daily Joke! Want to start your day laughing? Register to our Daily Joke!
Did you mean:
Continue With: Facebook Google
By continuing, you agree to our T&C and Privacy Policy
Contact us | Help | About us | Terms | Privacy policy | Categories | Archive | Collections
Login
Already registered?
Enter your email address and get full access.
Did you mean:
Not a member? Click Here
Personal Details