Funny Limericks
If you’re lacking a little good cheer,
Go and tickle a bull in the rear.
For I’m sure that the rumor,
That they’ve no sense of humor,
Is a product of ignorant fear.
Dark Short Jokes
My horoscope said I was going to get my heart broken in 12 years time.
So I bought a puppy to cheer myself up!
Pickle Puns
I've been feeling really down recently so I thought I'd cheer myself up by making a nice cheese and pickle sandwich.
But when I picked up the pickle jar, it said "reject if depressed", so now I'm off to take an overdose. 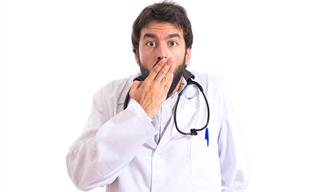 A doctor at an insane asylum decided to take his patients to a baseball game. For weeks in advance, he coached his patients to respond to his commands. When the day of the game arrived, everything went quite well. As the national anthem started, the doctor yelled, "Up Nuts", and the patients complied by standing up. After the anthem, he yelled, "Down Nuts", and they all sat back down in their seats. After a home run was hit, the doctor yelled, "Cheer Nuts" They all broke out into applause and cheered. When the umpire made a particularly bad call against the star of the home team, the Doctor yelled, "Booooo Nuts" and they all started booing and cat calling. Comfortable with their response, the doctor decided to go get a beer and a hot dog, leaving his assistant in charge. When he returned, there was a riot in progress. Finding his missing assistant, the doctor asked: "What in the world happened?" The assistant replied: "Well everything was going just fine until this guy walked by and yelled, "PEANUTS!"
doctor joke baseball game patients mental patient nuts game national sitting cheer standing peanuts anthem
Rate: Dislike Like
Food puns
What do you do if you see a blue banana? Try to cheer it up.
Bat Puns
What do you call vampires bats that cheer at football games?
Bat-on-twirlers.
Birthday Jokes
A man gets up and heads off to work despondent that not one member of his family has wished him Happy Birthday. What an ungrateful lot he thinks.

When he gets to work his attractive secretary asks him what’s wrong and he explains.
“Why don’t I take you out to lunch to cheer you up,” she says.

After a lovely lunch and a couple of glasses of champagne, she says do you mind if we drop into my apartment on the way home.

At her apartment she smiles, fixes him a drink, and then says, “I just have to slip into the bedroom for a minute.”
In a moment she’s back with a birthday cake, his family and all his friends.

And there’s him lying naked on the couch.