Related Tags: tax
Anti Jokes
Why did the Catholic priest get sent to jail?
Tax evasion.
4th of July Pick Up Lines
No taxation without representation! But, there is a kiss tax. Strictly enforced and right on the lips.
Funny Self-love Quotes
"Know your worth, and then make sure to add tax."
It Is SO COLD THAT... 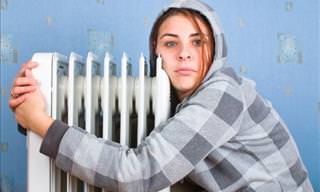 How cold IS IT? It's so cold THAT... The rock rattling around in your shoe is your toe. Lawyers have their hands in their own pockets. You have to break the smoke off your chimney. You have to open the fridge to heat the house. Your false teeth chatter, and they are still in the glass. Police tell a robber to freeze, and he really does. Our words froze in midair and we had to put them in a frying pan to thaw them so we hear what we were talking about. People look forward to getting a fever Mailmen watch out for both dogs and polar bears I'm shivering like a mobster in a tax office. We had to chisel the dog off a lamp-post Pet stores sell hamsters, gerbils and penguins Lady Liberty put her torch inside her dress! Prisoners are begging for the electric chair. Richard Simmons wearing shorts that come nearly to the half-thigh region. Roosters are rushing into KFC and begging to use the pressure cooker! A streaker froze in mid-streak! I chipped my tooth on my soup. Dunkin' Donuts is serving coffee on a stick. The local flasher was seen describing himself to three different women this morning. We pulled everything out of the freezer and huddled inside to keep warm. I saw an Amish guy buying an electric blanket. I actually saw a gangsta pull his pants up. I'm drinking hot sauce instead of coffee. Ice cubes are coming out of my faucet. Trees are chopping themselves into firewood. Cops are tasing themselves. I saw a greyhound bus and the dog was riding on the inside. The ice cubes in my drink have goose bumps. When all is said and done, I'm really thankful for the HOT FLASHES!
senior mayor soup prisoner holiday joke how cold is it amish donuts streaker chipped lady liberty hot flashes
Rate: Dislike Like
The Difference Between the Economies 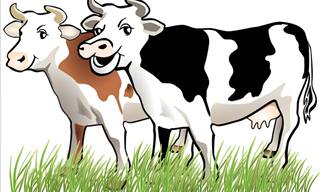 TRADITIONAL CAPITALISM You have two cows. You sell one and buy a bull. Your herd multiplies, and the economy grows. You sell them and retire on the income. SOCIALISM The government takes one and gives it to your neighbour. COMMUNISM You have 2 cows. The State takes both and gives you some milk. FASCISM You have 2 cows. The State takes both and sells you some milk. NAZISM You have two cows. The government takes both and shoots you. BUREAUCRATISM You have 2 cows. The State takes both, shoots one, milks the other and then throws the milk away. VENTURE CAPITALISM You have two cows. You sell three of them to your publicly listed company, using letters of credit opened by your brother-in-law at the bank, and then execute a debt/equity swap with an associated general offer so that you get all four cows back, with a tax exemption for five cows. The milk rights of the six cows are transferred via an intermediary to a Cayman Island company secretly owned by the majority shareholder, who sells the rights to all seven cows back to your listed company. The annual report says the company owns eight cows, with an option on one more.
political joke government milk cows communism socialism bureaucratism nazism fascism venture capitalism
Rate: Dislike Like
A Matter of Experience 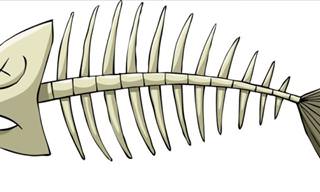 It was a beautiful day, and at a little fish restaurant a cry suddenly goes up: "My son! My son is choking! Someone help!" Many of the diners try all kinds of techniques, but none work and the son's face is quickly turning blue. Then a man from a nearby table stands up and says: "Don't worry, I have experience with these kinds of things." He walks over calmly to the boy, leans down and grabs him hard in the testicles. He squeezes and a fish bone comes flying out of the mouth of the child. But he is still choking, so the man takes a step back and kicks the boy savagely in the ribs. Another bone flies out and the child can suddenly breathe. Everyone cheers and claps the man on the back as he slowly walks back to his table and sits down. "THANK YOU! THANK YOU!" cry the happy mother and father of the boy. "Are you a doctor?" "No," says the man. "I work for the tax department."
IRS government silly taxes choking child fish doctor testicles help tax breathe thank you department clap
Rate: Dislike Like
One Liners and Short Jokes
A fine is a tax for doing wrong. A tax is a fine for doing well.
Funny Money Quotes
“I’m spending a year dead for tax reasons.” Douglas Adams.
“Income tax returns are the most imaginative fiction being written today." ~ Herman Wouk
“What is the difference between a taxidermist and a tax collector? The taxidermist takes only your skin” –Mark Twain
The IRS Inspector and the CFO 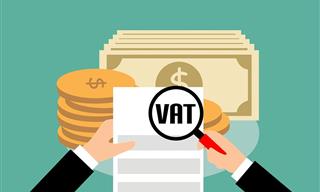 At the end of the tax year, the IRS office sent an inspector to audit the books of a local hospital. While the IRS agent was checking the books he turned to the CFO of the hospital and said, “I notice you buy a lot of bandages. What do you do with the end of the roll when there’s too little left to be of any use?” ”Good question,” noted the CFO. “We save them up and send them back to the bandage company and every now and then they send us a free box of bandages.” “Oh,” replied the auditor, somewhat disappointed that his unusual question had a practical answer. But on he went, in his obnoxious way. “What about all these plaster purchases? What do you do with what’s left over after setting a cast on a patient?” “Ah, yes,” replied the CFO, realizing that the inspector was trying to trap him with an unanswerable question. “We save it and send it back to the manufacturer, and every now and then they send us a free package of plaster.” “I see,” replied the auditor, thinking hard about how he could fluster the know-it-all CFO. “Well,” he went on, “What do you do with all the leftover foreskins from the circumcisions you perform?” “Here, too, we don't waste,” answered the CFO. “What we do is save all the little foreskins and send them to the IRS Office, and about once a year they send us a complete d**k.”
rude joke political joke IRS taxes religion joke CFO box foreskin auditor bandages obnoxious
Rate: Dislike Like
Golf Puns
Golf is a lot like taxes:
You go for the green and wind up in the hole.
I Was Going to Tell a Joke, But... 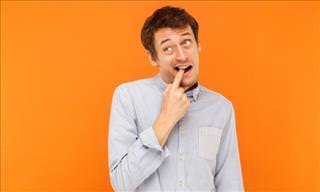 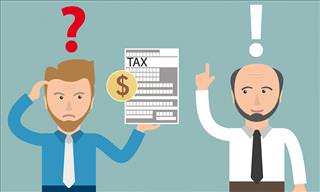