The Black Cat With a White Spot 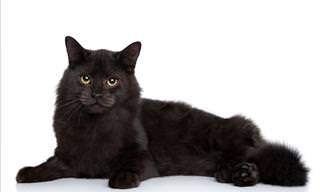 Aerith and Bob were talking. "Say, Aerith", said Bob, "do you know if anybody in the village has a black cat with a white spot underneath its chin?" "I don't think so, no", said Aerith. They sat in silence for a bit, before Bob said, "Are you sure? Come on, think harder. Black cat, a big one, with a white spot underneath its chin." "I'm pretty sure there isn't a cat like that in the village", said Aerith, getting visibly annoyed. There was another minute of silence before Bob said, "But are you really, really..." "YES!" Aerith yelled. "I'm really, really sure! There isn't a black cat with a white spot underneath its chin anywhere in this village! Nobody has one!" "Well, crud", said Bob and gave a mighty sigh. "Then I must've run over the priest the other day."
farmer joke priest redneck sign run over village chin nobody silence sure black cat
Rate: Dislike Like

The Deaf Mute at the Golf Course 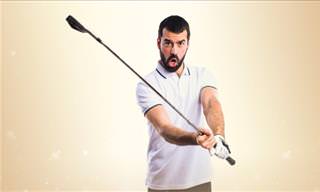 A deaf mute steps up to tee off on the first hole of a golf course, when a large burly guy yells "Hey You!, Nobody tees off ahead of Big Ralph". Being deaf the poor guy continues to prepare for his shot, so Ralph runs up thinking the deaf mute is being obstinate, and knocks the poor guy to the ground, kicks his ball away, and prepares for his own shot. After Ralph has hit the ball and proceeded down the fairway after it, the mute gets up brushes himself off, waits a moment, and again prepares his shot. He hits a beautiful shot straight up the middle of the fairway. It also goes straight at big Ralph, hitting him in the back of the head and knocking him down. The mute then walks down the fairway, rolls the stunned man around, and holds up four fingers to Ralph's face.
golf joke comeback joke golf course middle ball nobody fairway deaf mute obstinate knocking mute stunned
Rate: Dislike Like
Orange Puns
Despite his puns being so orange-inal, nobody really likes them.
Strawberry Puns
Nobody would ask the strawberry to go to the prom because it was past her sale by date.
Elvis Pick Up Lines
If I live to a hundred and two, I won't let nobody sting me but you
Ghost Puns
Why are Ghosts so lonely? They have nobody to lean on.
Yeti/ Bigfoot Puns
Bigfoot saw me today
I bet nobody believes him.
Funny Parenting Quotes
"Parenting is basically just listening to yourself talk because nobody else is." - Unknown
“Having children is like living in a frat house — nobody sleeps, everything s broken, and there’s a lot of throwing up.”