Nuts Puns
Mr. and Mrs. Peanut finally got married and tied the nut.
Dark Short Jokes
Santa was asked to describe Mrs. Claus in three words.
“Ho ho ho!”
Dirty Limericks
There once was a monarch named Ed
Who screwed Mrs. Simpson in bed.
As they bounced up and down,
He yelled, "Bugger the Crown!
We'll give it to Bertie, instead!"
Family Puns
It’s going to be awkward if Mr. and Mrs. Burr...
ever lose their son Tim in a forest.
Mr. and Mrs. Apostrophe are divorcing....
He found her to be possessive- and she hated his contractions. The marriage felt like a sentence
Mr. and Mrs. Turner had a baby girl.
They named her Paige, and they just couldn't put her down.
What did Mr. and Mrs. Citrus name their daughter?
Carolime
There once was a family, the Bigger’s.
There was Mr. Bigger, Mrs. Bigger, and a son, baby Bigger. Which one was the largest?
The son, because he was a little Bigger.
Wine Puns
Why did Mrs. Wine Grape run away from home?
She was tired of raisin a family.

Out On Family Safari 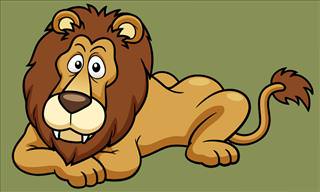 Ben went on safari with his wife and mother-in-law. One evening, while still deep in the jungle, the Mrs. awoke to find her mother gone. Rushing to her husband, she insisted on them both trying to find her mother. Ben picked up his rifle, took a swig of whisky, and started to look for her. In a clearing not far from the camp, they came upon a chilling sight: the mother-in-law was backed up against a thick, impenetrable bush, and a large male lion stood facing her. The wife said, "What are we going to do?" "Nothing," said Ben, "The lion got himself into this mess, let him get himself out of it."
family joke lion mother in law whisky safari nothing himself start mrs swig chilling
Rate: Dislike Like
One Liners and Short Jokes
As the crowded elevator descended, Mrs. Simpson became too furious with her husband, who was delighted to be pressed against a gorgeous blonde.
As the elevator stopped at the main floor, the blonde suddenly whirled, slapped Mr. Simpson, and said, "That will teach you to pinch!"
Bewildered, Mr. Simpson was halfway to the parking lot with his wife when he choked, "I...I...didn't pinch that girl."
"Of course you didn't" said his wife, consolingly. "I did."
Marriage Puns
Why did Mr. and Mrs. Barnacle go to couples' counselling?
Because their marriage was the rocks.
Pea Puns
What did Mrs. Pea say to his wife after she refused to listen to her? "I don't care, just do as you peas."
Ketchup Puns
Why is Mrs Mayo mad at Mr Ketchup?
She caught him watching the salad dressing again.
Want to start your day laughing? Register to our Daily Joke! Want to start your day laughing? Register to our Daily Joke!
Did you mean:
Continue With: Facebook Google
By continuing, you agree to our T&C and Privacy Policy
Contact us | Help | About us | Terms | Privacy policy | Categories | Archive | Collections