Garden Puns
I started an insurance company for flower and gardening businesses...
It's called "oopsie daisies."
Pick Up Lines
Good thing I just bought term life insurance … because I saw you and my heart stopped!
Rock Puns
Bill’s house was rocking last night, everyone got stoned.
Too bad Bill didn’t have avalanche insurance.
Orange Puns
Why did the orange get insurance?
Zest in case.
Romantic Pick Up Lines
I was so amazed by your beauty that I had to run to the wall over there. So, I need to get your number and name to claim my insurance.
Water Sports Pick Up Lines
I was so enchanted by your beauty that I ran my boat into yours. So I am going to need your name and number for insurance purposes.
Funny Poems
There was a very cautious man
Who never laughed or played
He never risked, he never tried,
He never sang or prayed.
And when he one day passed away,
His insurance was denied,
For since he never really lived,
They claimed he never really died.
An Ounce of Brain 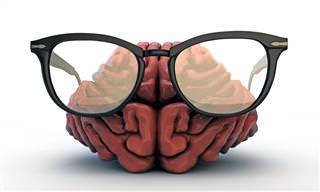 A man is lying in the hospital, waiting to be the first person in history to receive a brain transplant. A doctor comes in and says "Congratulations! But unfortunately since this is a new procedure your insurance isn't going to cover it all. So we're going to give you 3 choices for brains and you can decide which you can afford." "Okay, what are they?" Says the man to the doctor. The doctor says "Well, first there's engineer brain, that's $100 an ounce. Then there's astrophysicist brain, that'll cost you $200 an ounce. Finally there's politician brain. That's the most expensive at $1000 an ounce." The man looks at the doctor, surprised. "That's absurd! Why is the politician brain so expensive?" The doctor turns to him and says "Sir, do you have any idea how MANY politicians it takes to get an ounce of brain?!?"
political joke doctor hospital politician engineer transplant brain insurance congratulations astrophysicist
Rate: Dislike Like
Drugstore Pick Up Lines
Girl, you're so expensive, my insurance is requiring prior authorization before our first date.
Dirty Travel Pick Up Lines
Good thing I’ve got travel insurance, ’cause things are about to get wild.
One Liners and Short Jokes
Asked my wife to dress up as a nurse tonight...
to fulfill my fantasy that we have health insurance.
My wife and I took out life insurance policies on each other -- so now it's just a waiting game.
Want to start your day laughing? Register to our Daily Joke! Want to start your day laughing? Register to our Daily Joke!
Did you mean:
Continue With: Facebook Google
By continuing, you agree to our T&C and Privacy Policy
Contact us | Help | About us | Terms | Privacy policy | Categories | Collections