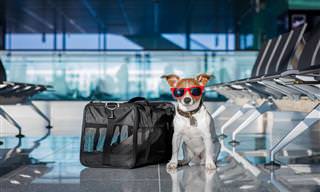 man settles in his seat next to the window on a plane, when another man sits down next to him and seats his Black Labrador Retriever in-between them. The first man looks very quizzically at the dog and asks why he's allowed on the plane. The second man explains that he's a DEA-Agent, Sniffing-dog. His name is Sniffer, and he's the best there is. I'll show you once we get airborne, when I put him to work." The plane takes off, and once it has levelled out, the agent says "Watch this. He tells Sniffer to 'search'". Sniffer jumps down, walks along the aisle, and finally sits very purposefully next to a woman for several seconds. Sniffer then returns to its seat and puts one paw on the agent's arm. The agent says, "Good boy", and he turns to the man and says: "That woman is in possession of marijuana, so I'm making a note of her seat number and the authorities will apprehend her when we land." "Say, that's pretty neat." replies the first man. Once again, the agent sends Sniffer to search the aisles. The Lab sniffs about, sits down beside a man for a few seconds, returns to its seat, and this time, he places TWO paws on the agent's arm. The agent says, "That man is carrying cocaine, so again, I m making a note of his seat number for the police." "I like it!" says his seat mate. The agent then tells Sniffer to "search" again. Sniffer walks up and down the aisles for a little while, sits down for a moment, and then comes racing back to the agent, jumps into the middle seat and proceeds to poop all over the place. The first man is really grossed out by this behaviour and can't figure out how or why a well-trained dog would act like that, so he asks the agent, "What's going on?" The agent nervously replies, "He just found a bomb!"
plane dog police bomb lab weed aisle marijuana seat dea drug paw agent poop cocaine
Rate: Dislike Like
Bomb Puns
"Do you know how long it takes for a bomb to explode?"
No, but dynamite!
A bomb goes of in a cheese shop.
You can see da brie everywhere.
How does a bomb choose not to go off?
It refuses.
Those soldiers thought they could blow up that submarine with their bomb...
but they needed to sea mine.
I wasn't wearing hearing protection when the atom bomb went off.
Now I am become deaf, destroyer of worlds.
What do you call a selfish bomb?
Mine.
I got fired from the bomb disposal squad
Too bad, I had a blast working there.
If you ever have to defuse a bomb, never cut...
The Blew wire.
What happened when Napoleon got killed with a bomb?
Napoleon Blownapart.
What did the pilot of the Enola Gay say before dropping the bomb ?
"Let me Atom."
When the first nuclear bomb was detonated all the neutrons were sad.
Because their parents had just split.
I saw a headline in the newspaper that said someone made a bomb out of nitrous oxide.
This is no laughing matter.
Have you heard about the guy who made a bomb out of a brain?
It was pretty mindblowing.
Dark Short Jokes
What do you call a 60 year old with a bomb?
Suicide Boomer.
What’s the worst part about breaking up with a Japanese person?
You have to drop the bomb twice before they get the message.
Never Throw Items Out a Plane 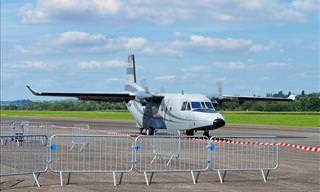