Pea Puns
I sat on some peas in the car. It was a bumpea ride.
Zebra Puns
I was driving through the safari park when my sat nav said “bear left”. It was clearly a zebra.
Witch Puns
What did the tired witch do?
She sat down for a spell.
Old McDonald's Farm 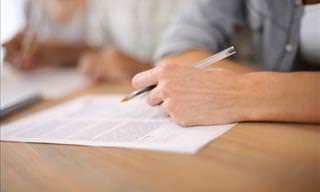 Two Army football players were given a special SAT test to meet their admission requirements to the Military Academy. Soon after the test began the first guy turns to the second guy and asks, “Old MacDonald had a what?” The other replies, “He had a farm.” The first asks, “How do you spell it?” To which the second replied, “E-I-E-I-O.”
school soldier farm army joke football player sat
Rate: Dislike Like
Bacon Puns
Did you hear about the butcher who sat on his bacon slicer?
He got a little behind in his deliveries.
Werewolf Puns
What did the werewolf say when he sat on sandpaper?
- Ruff!
Italy Puns
I bought a 400 year-old chair from Italy,
but as soon as I sat on it, it baroque.
Funny Work Quotes
“The only thing that ever sat its way to success was a hen.” — Sarah Brown
Medieval Puns
I accidentally sat on a medieval stained glass window at the antique store...
That was a royal pane in the ass.
Train Puns
Did you hear about the man who sat next to his clone on the train?
He was beside himself.
Mother Puns
I had a real problem when your mom got rid of that crooked chair my dad made.
I don't know why, it just never sat right with me.
Couch Puns
My husband hated my impulse purchase of a revolving chair, but then he sat on it.
Eventually he came around.
Monster Puns
What happened to the skeleton who sat by the fire for too long?
He became bone dry.
Laundry Puns
After buying grocers, I sat on the San Francisco pier and pondered life. My laundry detergent tipped over...
Now I’m sittin on the dock of a bay, watching my Tide roll away.
One Liners and Short Jokes
A blonde walked into the dentist office and sat down in a chair.
The dentist said "Open Wide" "I can't" The blonde said. "This chair has arms"
Utensils Puns
My wife got a straw for her drink...
When she sat down, she took a sip, and frustratedly sighed "My straw has a hole in it!"
I replied "I should hope it has two!"
Want to start your day laughing? Register to our Daily Joke! Want to start your day laughing? Register to our Daily Joke!
Continue With: Facebook Google Use Email
By continuing, you agree to our T&C and Privacy Policy
Contact us | Help | About us | Terms | Privacy policy | Categories | Collections