You're Never Too Old to Race 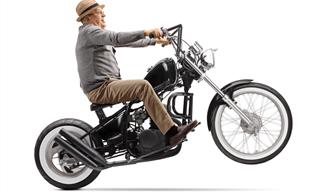 A hip young man goes out and buys himself an expensive car: A Ferrari 599 GTO. It costs him almost $500,000. He takes it out for a spin and stops for a red light. An old man on a moped (both looking about 75 years old) pulls up next to him. The old man looks over at the sleek, shiny car and asks, "What kind of car ya' got there, sonny?" The young man replies, "It’s a Ferrari 599 GTO. It cost nearly half a million dollars!" "That's a lot of money," says the old man. "Why does it cost so much?" "Because this car is a limited edition model!” the young guy says proudly. The moped driver asks, "Mind if I take a look inside?" "No problem," replies the owner. So the old man pokes his head in the window and looks around. Then sitting back on his moped, the old man says, "That's a pretty nice car, all right!" Just then the light changes so the guy decides to show the old man just what his car can do. He floors it, and within 20 seconds, the speedometer reads 160 mph. Suddenly, he notices a dot in his rear view mirror. It seems to be getting closer! He slows down to see what it could be and suddenly - whhhoooossshhh! Something whips by him, going much faster! "What on earth could be going faster than my Ferrari?!" the young man asks himself. Then, ahead of him, he sees a dot coming toward him. Whoooooosh! It goes by again, heading in the opposite direction. It looked like the old man on the moped! "Couldn't be," thinks the guy. "How can a moped outrun a Ferrari!?" But again, he sees a dot in his rear view mirror! Whooooosh, Ka- blaMMM! It plows into the back of his car, demolishing the rear end. The young man jumps out, and it turns out to be the old man on the moped after all! He runs up to the mangled old man and says, "Oh my god! Is there anything I can do for you?" The old man whispers: "Please... unhook...my suspenders... from your side-view mirror."
car joke Ferrari old man moped
Rate: Dislike Like 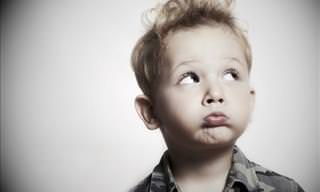 A teacher asks her class, "What do you want to be when you grow up?" Little Johnny says "I wanna be a billionaire, going to the most expensive clubs, take the best girl with me, give her a Ferrari worth over a million bucks, an apartment in Hawaii, a mansion in Paris, a jet to travel through Europe, an Infinite Visa Card and to make love to her 3 times a day." The teacher, shocked and not knowing what to do with the bad behavior of this child, decides not to linger on what he said and so continues the lesson. "And you, Susie? What do you want to be?" she asks. "I wanna be Johnny's wife!" Says Susie.
teacher Ferrari Paris hawaii little johnny mansion billionaire club jet visa
Rate: Dislike Like
Zombie Puns
What do you call a zombie driving a Ferrari?
A zoombie. 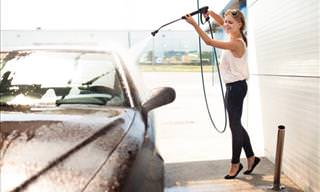 A blonde, wanting to earn some money, decided to hire herself out as a handyman type and started canvassing a wealthy neighborhood. She went to the front door of the first house and asked the owner if he had any jobs for her to do. “Well, you can paint my porch. How much will you charge?” “How about 50 dollars?” said the blonde. The man agreed and told her that the paint and ladders that she might need were in the garage. The man’s wife, inside the house, heard the conversation and said to her husband, “Does she realize that the porch goes all the way around the house?” The man replied, “She should. She was standing on the porch.” A short time later the blonde came to the door to collect her money. “You’re finished already?” he asked. “Yes,” the blonde answered, “and I had paint left over, so I gave it two coats.” Impressed, the man reached into his wallet for the 50 dollars. “And by the way,” the blonde added, “that’s not a Porsche; it’s a Ferrari!”
blond joke car joke Porsche porch Ferrari
Rate: Dislike Like
Chocolate Puns
What is a chocolate covered car called?
A Ferrari Rocher
Want to start your day laughing? Register to our Daily Joke! Want to start your day laughing? Register to our Daily Joke!
Did you mean:
Continue With: Facebook Google
By continuing, you agree to our T&C and Privacy Policy
Contact us | Help | About us | Terms | Privacy policy | Categories | Archive | Collections