Related Tags: turtle Snapping Turtle
Appliance Puns
What do you call a turtle in a chef’s hat?
A slow cooker.
Worm Puns
What does a turtle do during winter? Sit by the fire and worm himself up.
Why Did Others Cross the Road? One Liners
Why did the turtle cross the road?
To get to the Shell station.
Love Puns
You’re turtle-ly awesome.
Turtle Puns
A snapping turtle is a turtle that takes up pgotography.
All the turtles wore turtle necks to the party.
Why do turtles never forget?
Because they have turtle recall.
Because they got turtle recall, turtles never forget.
What do you call a turtle who takes up photography?
A snapping turtle.
These puns are turtle-y hilarious.
A flying turtle is called a shellicopter.
What do you get if you cross a turtle with a giraffe and a kangaroo?
A turtle neck jumper.
You cross a turtle with a giraffe and a kangaroo and you end up with a turtle
neck jumper.
Turtles love taking shell-fies.
A famous turtle is called a shell-ebrity.
An electrocuted turtle feels shell-shocked.
Turtles communicate with each other through shell phones.
Turtles that commit crime are sent to the shell-block.
When it’s raining, a turtle goes to a shell-ter.
The truck load of tortoise that crushed caused a turtle disaster.
What do you call a flying turtle?
A shellicopter.
What kind of photos do turtles take?
Shell-fies.
Jellyfish and peanut butterare sea turtles favorite sandwich.
What do you call a famous turtle?
A shell-ebrity.
Turtles keep on winning battles because they are perfect at shelling their enemies.
How do turtles communicate with each other?
With shell phones.
We have always been in turtle awe of her artistic skills.
When one of them have a birthday, turtles call for a shell-ebration.
The turtle had to cross the road in order to get to the Shell station.

I had a shell of a time when I attended the costume party as a turtle.
What is a Leatherback Sea Turtles favorite sandwich?
Peanut butter and jellyfish.
My pet turtle died.
I'm not upset - just shell-shocked.
Where does a turtle go when it's raining?
A shell-ter.
I was she-shocked when my pet turtle died.
What do you call a turtle chef?
A slow cooker.
Why did the turtle cross the road?
To get to the Shell station.
We did not understand what the mother turtle was saying because it was all in ridleys.
How does a turtle feel after being electrocuted?
Shell-shocked.
My wife and I went to a turtle pun class yesterday.
It tortoise nothing.
Grandma runs the kitchen like a turtle-tarian; give her some space there.
Where do you send turtles who commit crimes?
To the shell-block.
Picking your favorite snack can be like picking the slowest turtle in the pack.
What do turtles do when one of them has a birthday?
They have a shell-ebration.
A slow poke is what you get when you cross a turtle with a porcupine.
What do you get when you cross a turtle with a porcupine?
A slow poke.
What do you call a truck-load of tortoises crashing into a train-load of terrapins?
A turtle disaster.
I got invited to a costume party, so I went as a turtle.
I had a shell of a time.
The Hilarious Idiosyncrasies of English 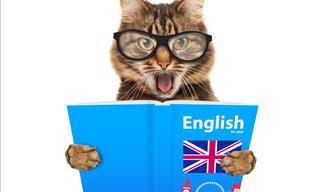 English is a funny language, wouldn't you say? 1. Don't sweat the petty things and don't pet the sweaty things. 2. One tequila, two tequila, three tequila, floor. 3. Why is it called tourist season if we can't shoot at them? 4. Why is there an expiration date on sour cream? 5. The main reason that Santa is so jolly is because he knows where all the bad girls live. 6. I went to a bookstore and asked the saleswoman, "where's the self- help section?". She said if she told me, it would defeat the purpose. 7. What if there were no hypothetical questions? 8. If a deaf child signs swear words, does his mother wash his hands with soap? 9. If someone with multiple personalities threatens to kill himself, is it considered a hostage situation? 10. Is there another word for synonym? 11. Where do forest rangers go to "get away from it all?" 12. What do you do when you see an endangered animal eating an endangered plant? 13. If a parsley farmer is sued, can they garnish his wages? 14. Would a fly without wings be called a walk? 15. Why do they lock gas station bathrooms? Are they afraid someone will clean them? 16. If a turtle doesn't have a shell, is he homeless or naked? 17. Can vegans eat animal crackers? 18. If the police arrest a mime, do they tell him he has the right to remain silent? 19. Why do they put braille on the drive-through bank machines? 20. How do they get deer to cross the road only at those road signs? 21. What was the best thing before sliced bread? 22. One nice thing about egotists: they don't talk about other people. 23. Does the little mermaid wear an algebra? 24. Do infants enjoy infancy as much as adults enjoy adultery? 25. How is it possible to have a civil war? 26. If one synchronized swimmer drowns, do the rest drown too? 27. If you ate both pasta and antipasto, would you still be hungry? 28. If you try to fail, and succeed, which have you done? 29. Whose cruel idea was it for the word 'lisp' to have 's' in it? 30. Why are hemorrhoids called "hemorrhoids" instead of "assteroids"?
adultery dad joke adults funny sentences funny english infancy synchronized swimming
Rate: Dislike Like
Funny Animal Poems For Kids
"The Little Turtle"

There was a little turtle.
He lived in a box.
He swam in a puddle.
He climbed on the rocks.

I love to hear a lobster laugh,
Or see a turtle wiggle,
Or poke a hippopotamus
And see the monster giggle,
Or even stand around at night
And watch the mountains wriggle.

– Leroy F. Jackson
Puns
What do you call a turtle who takes up photography?
A snapping turtle.
How do turtles communicate with each other?
With shell phones.
I went to the costume party as a turtle.
I had a shell of a time.
Dirty Short Jokes
A man goes to a costume party with nothing but a naked woman on his back.
"What are you supposed to be, then?" The host asks.
"I'm a turtle" said the man.
"How can you be a turtle when all you've got is that naked woman on your back?" Replies the host.
"Oh her?" He smiles. "That's just Michelle."
Funny Animal Quotes
“What does a snail say when he rides on the back of a turtle?
“Whee!”
- Will Durst
“Anytime you see a turtle up on top of a fence post, you know he had some help."
- Alex Haley
Llama Puns
What do you get when you cross a tortoise and a llama?
A turtle-neck sweater.
Giraffe Puns
What do you get if cross a turtle with a giraffe and a kangaroo?
A turtle-neck jumper.
The Drunk Man and the Fairground Booth 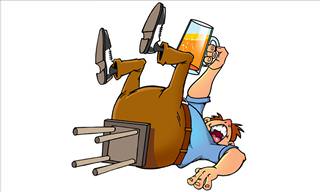 A man in a state of excessive inebriation rolled up at a fairground rifle range booth and threw down the necessary money. The booth operator at first refused to let him have a turn considering that his inebriated state would endanger the public. But the drunk insisted and was given a gun. He aimed unsteadily in the general direction of the target and after trying to focus, pulled the trigger three times. The booth owner, on inspecting the target, was astonished to see that he had scored three bullseyes. The star prize for the evening was a large set of glassware, but the showman was certain that the drunk wasn't aware of what he had done, and gave him a consolation prize instead, a turtle. The drunk wandered off into the crowd. An hour or so later he came back, even more drunk than before. Once again the showman demurred, but once again the drunk insisted, and once more scored three bullseyes and was given another turtle. Eventually the drunk rolled up again and insisted on a third attempt. Once more he picked up the rifle, waved it around in the general direction of the target, and pulled the trigger three times. Once more he had scored three bull's eyes. But this time there was an onlooker with good eyesight. "That's fantastic," the man said. "Hasn't he scored three bulls?" The showman, cursing his luck, made a play of going over to the target and inspecting it closely. "Yes Sir!" he announced to the crowd. "This is fantastic! Congratulations, sir, you have won the star prize, this magnificent 68-piece set of glassware." "I don't want any bloody glasses," the drunk replied. "Give me another one of those crusty meat pies."
drunk joke glasses fairground rifle meat pies turtles bulls eye
Rate: Dislike Like
An Elephant Never Forgets 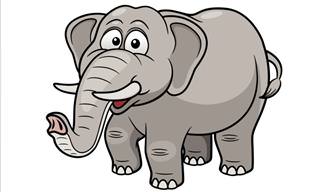 An elephant was drinking out of the river one day when he spotted a turtle lying fast asleep on a log. The elephant walked over and kicked the unsuspecting turtle clear across the river. A passing giraffe who happened to see this happen asked the elephant, "Why did you do that?" The elephant replied, "Because I recognized it as the same turtle that bit my trunk 38 years ago." The giraffe said, "Wow, what a memory you've got!" "Yes," said the elephant proudly. "Turtle recall."
animal joke Elephant memory giraffe dad joke turtle
Rate: Dislike Like
Funny Tongue Twisters
Tommy Tucker tried to tie Tammy's Turtles tie.
Driving Quotes
“Nascar would be so much more entertaining if they threw banana peels and turtle shells.”
Fish Puns
How does a group of sea turtles make a decision?
They flipper a coin.
One Liners and Short Jokes
If a turtle doesn't have a shell, is it naked or homeless?
Want to start your day laughing? Register to our Daily Joke! Want to start your day laughing? Register to our Daily Joke!
Did you mean:
Continue With: Facebook Google
By continuing, you agree to our T&C and Privacy Policy
Contact us | Help | About us | Terms | Privacy policy | Categories | Collections