Lobster Puns
What do you get if you cross a lobster with a telephone?
A snappy talk.
Dark Short Jokes
Ever since my girlfriend got pregnant a lot has changed in my life.
Like my name, address and telephone number.
Toucan Puns
How do you make a telephone in the jungle?
With toucans and a piece of string.
The Telephone Pole 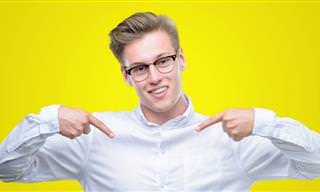 Three technicians guys go into an interview for a job at the local telephone company. They were all three great candidates and very well qualified. The boss brings them into the office and says "Okay, you three look the best on paper but I gotta know if you have what it takes for the day to day work. So, I'm gonna give you 1 day to impress me - set as many telephone poles as you can and report back tomorrow." They all three go to work setting poles and return the next day into the boss' office. The boss asks one by one how many they set. The first guy set 13, "Wow, 13 - that is impressive!" the boss tells him happily. The second guy set 9. "Well," said the boss, "not as good as the first guy but still it is impressive." He turns to the third guy. "How many did you set?" The boss asks. "Two." the man replies triumphantly, his blond hair waving in the wind. "TWO?? That's it?!?" The manager was shocked. "That's barely any! What were you doing all day?" "Well, I didn't want to have to be a snitch... but these other guys? They only put theirs halfway in the ground!"
blond joke boss ground company telephone candidate shocked telephone pole snitch
Rate: Dislike Like
Animal Puns
What do you get if you cross a gold dog with a telephone?
A golden receiver.
10 Hilarious Murphy's Laws 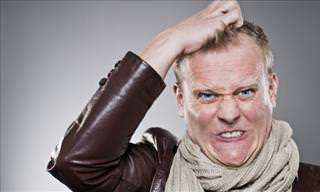 1. Law of Mechanical Repair - After your hands become coated with grease, your nose will begin to itch and you'll have to go to the restroom. 2. Law of Gravity - Any tool, when dropped, will roll to the least accessible corner. 3. Law of Probability - The probability of being watched is directly proportional to the stupidity of your act. 4. Law of Random Numbers - If you dial a wrong number, you never get a busy signal and someone always answers. 5. Law of the Alibi - If you tell the boss you were late for work because you had a flat tyre, the very next morning you will have a flat tyre. 6. Guy's Variation Rider - If you change queues or traffic lanes, the one you were in will always move faster than the one you are in now. This also works in supermarkets and shops. 7. Law of the Bath - When the body is fully immersed in water, the telephone rings. 8. Decree of Close Encounters - The probability of meeting someone you know increases dramatically when you are with someone you don't want to be seen with. This is also the case if you are female and you have gone out with no makeup and wearing your worst clothes and with greasy hair. 9. Murphy's Office Law - When you try to prove to someone that a machine won't work, it will. This will also happen when you show someone that something on the computer is easy and it doesn't work. 10. Law of Biomechanics - The severity of the itch is inversely proportional to the reach.
office grease murphy's law telephone signal laws rider murphy's laws traffic lanes close encounter variation
Rate: Dislike Like
Squirrel Puns
Why do squirrels like to sit on telephone poles?
To stay away from the nuts on the ground.
One Liners for Kids
What never asks questions but receives a lot of answers? the Telephone.
Contact us | Help | About us | Terms | Privacy policy | Categories | Collections