Swimming Across the Tank 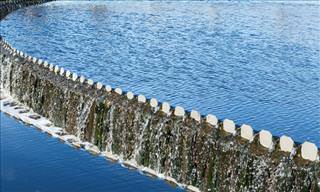 There was a party that many rich people attended. The host had recently built a tank with many alligators, piranhas, and many other lethal creatures. The host said that if anyone could swim across the tank, he would, to the best of his ability, grant them three wishes. Nobody was up to the challenge, so everyone just started having a good time and partying. Suddenly, there was a big splash. The host looked and saw a man swimming for his life across the tank. Thankfully, he made it across in one piece. The host walked over to the man and said, "Alright - you made it! WOW! What are your three wishes?" The man replied: "First, you see that shotgun of yours? Give it to me. Second, see those bullets over there? Give them to me too. Third, show me the jerk that pushed me in."
silly joke shark pushed
Rate: Dislike Like
Shark Puns
I just saw a huge killer fish singing and playing guitar in the city center.
I think it must be a busking shark.
I had a nightmare about being attacked by a shark.
When I woke up I realized it was just a bream.
What do you call a rubber bumper on a yacht?
A shark absorber.
What do you get when you cross a parrot with a shark?
An animal that talks your head off.
What’s a shark favorite substance?
Reefer.
I was at the beach today when I saw a man in the sea yelling “Help, shark! Help!”
I just laughed. I knew that shark wasn’t going to help him.
Ocean Puns
Did you hear about the lawyer who tried to sue a shark for biting all his limbs off?
He didn’t have a leg to stand on.
How did the shark plead in the murder case?
Not gill-ty.
A Prawn's Journey 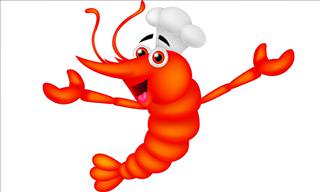 Two prawns were swimming around in the sea one day. The first one was called Justin and the second one was called Kristian. They were continually being chased and threatened by the sharks that inhabited the area. Eventually Justin had had enough. He said to Kristian, "I'm fed up with being a prawn. I wish I was a shark, and then I wouldn't have to worry about being eaten all the time." As he said this, a large mysterious cod appeared and said, "Your wish is granted!" And believe it or not, with that Justin turned into a fearsome shark. Kristian was horrified and so immediately swam away as he was scared of being eaten by his old friend. As time went by, Justin found his new life as a shark to be boring and lonely. None of his old friends would let him get near them as they thought he would eat them and so they just swam away whenever he approached. It took a while, but eventually Justin realized that his new menacing appearance was the cause of his sad plight. Then one day he was swimming all alone as usual when he saw the mysterious cod again. He thought it'd be better if he could go back to his old life so he swam to the cod and begged to be changed back. The cod worked his magic and suddenly Justin was a prawn once more. With tears of joy streaming down his cheeks Justin swam straight to Kristian's home. As he opened the coral gate, the happy memories came flooding back. He banged on the door and shouted, "Kristian, it's me, Justin, your old friend. Come out and see me again." Kristian replied, "No way! You're a shark now and you'll just eat me. I'm not being tricked into being your dinner." Justin shouted back "No, I'm not a shark any more. That was the old me. I've changed... I've found Cod. I'm a prawn again Kristian."
animal joke religion joke word play prawn shark dad joke puns swimming cod granted fearsome
Rate: Dislike Like
One Liners for Kids
What does a shark like to eat with peanut butter? Jellyfish!
Diving Puns
My friend was telling me about how a shark attacked her while she was diving
I told her, that bites.
Oh, to Be a Prawn Again 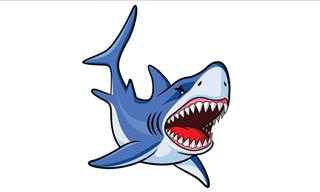 Far away in the tropical waters of the Caribbean, two prawns were swimming around in the sea - one called Justin and the other called Christian. The prawns were constantly being harassed and threatened by sharks that inhabited the area. Finally one day Justin said to Christian, "I'm fed up with being a prawn, I wish I were a shark, then I wouldn't have any worries about being eaten." Then a large mysterious cod appeared and said, "Your wish is granted" - and, lo and behold, Justin turned into a shark! Horrified, Christian immediately swam away, afraid of being eaten by his old sea mate. Time passed (as it invariably does) and Justin found life as a shark boring and lonely. All his old mates simply swam away whenever he came close to them. Justin didn't realize that his new menacing appearance was the cause of his sad plight. While swimming alone one day he saw the mysterious cod again and he thought perhaps the mysterious fish could change him back into a prawn. He approached the cod and begged to be changed back, and lo and behold, he found himself turned back into a prawn. With tears of joy in his tiny little eyes Justin swam back to his friends and bought them all a cocktail. Looking around the gathering at the reef he realized he couldn't see his old pal. "Where's Christian?" he asked. "He's at home, still distraught that his best friend changed sides to the enemy and became a shark", came the reply. Eager to put things right again and end the mutual pain and torture, he set off to Christian's abode. As he opened the coral gate memories came flooding back. He banged on the door and shouted, "It's me, Justin, your old friend, come out and see me again." Christian replied,"No way man, you'll eat me. You're now a shark, the enemy, and I'll not be tricked into being your dinner." Justin cried back "No, I'm not. That was the old me. I've changed.... I've found Cod. I'm a Prawn again, Christian."
animal joke silly joke religion joke prawn shark animal
Rate: Dislike Like
Beach Puns
I was at the beach and saw this guy in the water yelling, “Help, shark! Help!
I just laughed because I knew that shark wasn’t going to help him.
One Liners and Short Jokes
It's my ambition to see a great white shark before I die.
Just not RIGHT before I die.
I'm not saying my grandpa was unlucky but he died in the middle of the desert.
Witnesses said it was the most unusual shark attack they've ever seen.
I told my friend I was attacked by a shark.

He said, "Did you punch it on the nose?"

I said, "No, it just attacked me for no reason."
Puns
How did they determine that the shark attack victim had dandruff?
Because all that washed up on the beach was his head and shoulders.
Contact us | Help | About us | Terms | Privacy policy | Categories | Collections