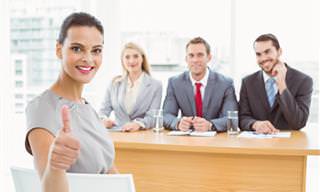 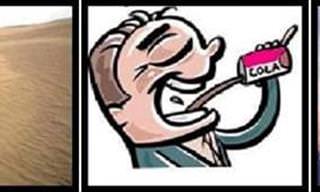 A salesman returns from his assignment in Saudi Arabia, where he went to sell them a new brand of Coca-Cola. Seeing his crestfallen face, a friend asks him: "Why the long face?" The salesman replied: "I failed in Saudi-Arabia, the campaign was a total failure." "Why is that?" Asked the friend, "I thought you had a good campaign running." "Well, when I got posted there, I was very confident that I would make a great sales pitch to the Saudis. But I had a problem - I didn't speak Arabic, so I planned to convey the meaning of the message with the use of three images: First poster: A man lying in the hot desert sand in utter exhaustion, he has fainted. Second poster: The man is drinking the new Coca-Cola brand. Third poster: Our man is now totally refreshed and feeling great. I had these posters pasted all over the place. You couldn't go anywhere without seeing them." "Terrific! That should have worked!" said the friend. "The heck it should have!" said the salesman. "Only no one told me they read from right to left!!"
political joke business joke foreigner joke marketing
Rate: Dislike Like
The Crucifying Commercial

Benson runs a nail factory and decides his business needs a bit of advertising. He has a chat with a friend who works in marketing and he offers to make a TV ad for Benson's Nails. "Give me a week," says the friend, "and I'll be back with an ad." A week goes by and the marketing executive comes to see Benson. He opens his laptop and presses play. A Roman soldier is busy nailing Jesus to the cross. He turns to face the camera and says with a grin "Use Benson's Nails, they'll hold anything." Benson goes mad shouting: "What is the matter with you? They'll never show that on TV. Give it another try, but no more Romans crucifying Jesus!" Another week goes by and the marketing man comes back to see Benson with another ad. He turns his laptop around and hits play. This time the camera pans out from a Roman standing with his arms folded to show Jesus on the cross. The Roman looks up at him and says 'Benson's Nails, they'll hold anything'. Benson is beside himself. "You don't understand: I don't want anything with Jesus on the cross! Now listen, I'll give you one last chance. Come back in a week with an advertisement that I can broadcast." A week passes and Benson waits impatiently. The marketing executive arrives and puts on the new video. A naked man with long hair, gasping for breath, is running across a field. About a dozen Roman soldiers come over the hill, hot on his trail. One of them stops, turns to camera and says 'If only we had used Benson's Nails!'.
business joke religion joke marketing jesus television camera nail roman cross commercial ad broadcast
Rate: Dislike Like
Contact us | Help | About us | Terms | Privacy policy | Categories | Collections