Juice Puns
I can't use my laptop anymore because someone spilled apple juice on it.
It was a cider attack.
Hard Drive Puns
I told my boss, "Sorry I'm late. I was having computer issues."
Boss: Hard drive?
Me: No, the commute was fine. It's my laptop.

A Life Free From Distraction 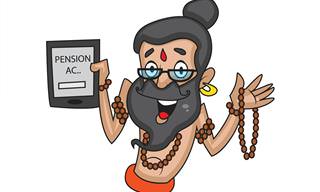 Tired of the modern world, a businessman visited a monastery to seek a simpler life. Entering the monastery, he saw monks in simple robes practicing their meditations and tending to the grounds. "Ahh," he thought, "here is a life free from distraction!" But walking into the study halls, he discovered monks staring into laptops. In the wings, he saw monks typing on iPads. Shaken by this intrusion of the outside world into monastic life, he sought out the abbot. The abbot looked up from his phone, greeted the man and asked if he had a question. "Abbot, I came here expecting a place free from distraction, and yet I see distraction all around. Tell me, is it now acceptable for monks to spend their time answering emails?" "Of course," said the abbot, "provided there are no attachments."
monastery abbot dad joke laptop wings attachment monks distraction ipad
Rate: Dislike Like
Blonde Jokes
What does a blonde do when her laptop computer freezes? She sticks it in the microwave!
Puns
What do you call a singing laptop? A Dell.
Computer Puns
One day, I carried my laptop to the zoo because I wanted a RAM upgrade so I would have lots of memory when I came back.
My sister's laptop is so sassy and fun, it loves to play disc-o music.
My father got a new laptop, and it is now like the baby computer of the house, so we refer to the older laptop as the 'Data'.
Appliance Puns
If you think that your phone, laptop, microwave and fridge spying on you is bad
Then you should know that your vaccum cleaner has been collecting dirt on you for a while .
Bed Puns
Why does your laptop have a blanket on it?
It's on sleep mode.
Music Puns
What do you call a singing laptop?
A Dell.
Nerdy Pick Up Lines
If you won't let me buy you a drink, at least let me fix your laptop.
Keyboard Puns
I left my laptop outside on the picnic table, and when I came back, the keyboard was covered in ants...
...It took a while to herd them together but I finally got them all under control.
Water Puns
What do you call it when a guy throws his laptop into the ocean?
Adele, Rollin’ in the Deep.
Want to start your day laughing? Register to our Daily Joke! Want to start your day laughing? Register to our Daily Joke!
Did you mean:
Continue With: Facebook Google
By continuing, you agree to our T&C and Privacy Policy
Contact us | Help | About us | Terms | Privacy policy | Categories | Archive | Collections
Login
Already registered?
Enter your email address and get full access.
Did you mean:
Not a member? Click Here
Personal Details