If I Had a Dollar For Each Of These Jokes...
Jokes > Tags > Urine

A Blonde at the Doctor's 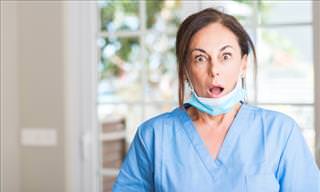 A blonde woman came in for a routine physical at the doctor’s office. “There you go," said the nurse as she handed her a urine cup. “The bathroom is over there on your left. The doctor will see you in a few minutes.” A few minutes later the lady came out of the bathroom. She hands an empty container back to the nurse. With a relieved look on her face she says: "Thank you! But they had a toilet in there, so I didn’t need this after all.”
blonde joke doctor joke nurse bathroom blonde toilet urine sample urine container
Rate: Dislike Like
I Don't Know Where to Put It 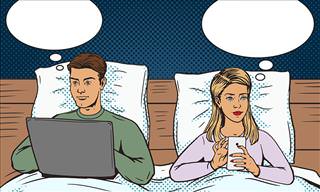 A young virgin couple is finally wed. Each one is nervous about the impending night, but neither is willing to admit it or ask each other about it. Wondering what to do first, the young man calls his father. "Pop, what do I do first?" "Get naked and climb into bed," his father replies. So, the young man does as he is advised. The girl is mortified and calls her mama. "Get naked and join him," is the advice from mama, so she complies. After laying there for a few moments, the young man excuses himself and calls his dad again. "Now what do I do?" he asks. His father replies, "Look at her naked body. Then, take the hardest part of your body and put it where she urinates!" is the dad's advice. A few moments later, the girl again calls her mama. "What do I do now?" she asks. "Well, what is he doing?" mama asks. "He's in the bathroom, dunking his head in the toilet!"
rude joke couple family joke father lovemaking joke naked bed bathroom virgins toilet urine mama admit
Rate: Dislike Like
Want to start your day laughing? Register to our Daily Joke! Want to start your day laughing? Register to our Daily Joke!
Continue With: Facebook Google Use Email
By continuing, you agree to our T&C and Privacy Policy
Contact us | Help | About us | Terms | Privacy policy | Categories | Collections