Cat Puns
What steps do you take when you see a tiger running towards you? Big ones!
Space Puns
If an astronaut steps on chewing gum then what will happen to him? He will simply be stuck on the Orbit.
Food Quotes
"The 12-step chocoholics program: Never be more than 12 steps away from chocolate!"
— Terry Moore
Train Puns
I've always wanted to become a podiatrist, but was made to train as a paediatrician first.
Baby steps.
The Programmer's Cycle 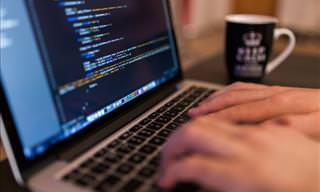 Software development cycle: 1. Programmer produces code he believes is bug-free. 2. Product is tested. 20 bugs are found. 3. Programmer fixes 10 of the bugs and explains to the testing department that the other 10 aren't really bugs. 4. Testing department finds that five of the fixes didn't work and discovers 15 new bugs. 5. Repeat three times steps 3 and 4. 6. Due to marketing pressure and an extremely premature product announcement based on overly-optimistic programming schedule, the product is released. 7. Users find 137 new bugs. 8. Original programmer, having cashed his royalty check, is nowhere to be found. 9. Newly-assembled programming team fixes almost all of the 137 bugs, but introduce 456 new ones. 10. Original programmer sends underpaid testing department a postcard from Fiji. Entire testing department quits. 11. Company is bought in a hostile takeover by competitor using profits from their latest release, which had 783 bugs. 12. New CEO is brought in by board of directors. He hires a programmer to redo program from scratch. 13. Programmer produces code he believes is bug-free.
computer joke CEO bug programming programmer software code product steps user royalty check program
Rate: Dislike Like
Banana puns
What do you say if someone steps on a banana peel? Well I guess he didn't find that appealing!
Ghoul Puns
What happens if a big ghoul steps on Batman and Robin?
They become flatman and ribbon!
Funny Marriage Quotes
“When you see a married couple walking down the street, the one that’s a few steps ahead is the one that’s mad.”―Helen Rowland
Want to start your day laughing? Register to our Daily Joke! Want to start your day laughing? Register to our Daily Joke!
Continue With: Facebook Google Use Email
By continuing, you agree to our T&C and Privacy Policy
Contact us | Help | About us | Terms | Privacy policy | Categories | Collections