Foolishness Can Be a Funny Thing ...
Jokes > Tags > Song Jokes

Ghoul Puns
What’s a ghoul’s favorite Beatles song?
The Ghoul on the Hill!
Garden Puns
What’s a gardener’s favorite Beatles song? Lettuce Be.
Pea Puns
I asked the pianist if he could play the Chick Pea Song.
He said, "Maybe. Can you hummus a few bars?'
Music Pick Up Lines
Are you my new favorite song? Because I'd like to hear you on repeat.
Food Quotes
"If more of us valued food and cheer and song above hoarded gold, it would be a merrier world."
– J.R.R. Tolkien
Dirty Christmas Pick Up Lines
Do you like the song "Jingle Bells"? Because you look like you go all the way!
Mall Pick Up Lines
Did you hear that? They're playing our future song on the speakers!
Peach Puns
What song do young peaches love listening to? 'Papa don't peach'.
What song was the peach listening to? 'Stronger with Peach Tear'.
Onion Puns
The Bee Gees were such fans of onions that they even dedicated a song to it. They named it 'Chives Talking'.
When the onion band covered the song Waka Waka by Shakira, they started calling the song 'Walla Walla'.
The Beatles Pick Up Lines
Girl, you must be a Beatles song, because look at this Long, Long, Long Norwgian Wood.
Elvis Pick Up Lines
Girl you are like the sweet song of a choir.
Spotify Pick Up Lines
Did my Spotify playlist glitch? Because you are the only song I hear.
A Girl Named Love 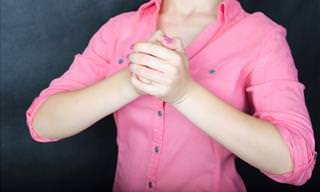 A boy named Carol had a particularly rough childhood because of his uncommon name. He always got a lot of teasing and abuse at school. Eventually, he overcame his hang-up and married his high-school sweetheart. When their first child was born, he let his wife name her. She named the baby girl "Love" inspired in the same spirit as Carol's unique name. Unfortunately, Love grew up and endured much of the same teasing that Carol did, because of her strange name. She came home from school one day and screamed at her dad, asking why he gave her such a stupid name. Carol took the blame to protect his wife and apologized. In a fit of rage, Love shot him with her dart gun and ran away. Minutes later, Carol's wife came home and saw him lying on the ground. "Oh my God, what happened?!" she asked, running to him. He waved her closer, and whispered, "Shot through the heart, and you're to blame. Darling, you gave Love a bad name."
gun love husband wife father daughter word play injury dad joke song
Rate: Dislike Like
Literary Pick Up Lines
"I want to do with you what spring does with the cherry trees."
― Pablo Neruda, Twenty Love Poems and A Song of Despair
Want to start your day laughing? Register to our Daily Joke! Want to start your day laughing? Register to our Daily Joke!
Did you mean:
Continue With: Facebook Google
By continuing, you agree to our T&C and Privacy Policy
Contact us | Help | About us | Terms | Privacy policy | Categories | Collections