Football Puns
What do you call it when a football player suffers a career-ending injury in his last game before retirement? Gridirony!
It's Not Easy Finding a Job... 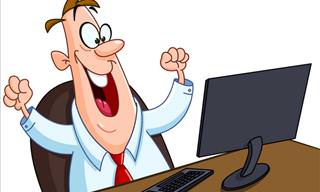 At my first job I was working in an orange juice factory, but I got canned. I just couldn't concentrate. Then I worked in the woods as a lumberjack, but I just couldn't hack it, so they gave me the axe. After that, I tried being a tailor, but I wasn't suited for it - mainly because it was a sew-sew job. Next, I tried working at Starbucks, but I had to quit because I got tired of the same old grind. Then, I tried being a chef - I figured it would add spice to my life, but I just didn't have the thyme. Next, I tried working in a deli, but any way I sliced it, I just couldn't cut the mustard. My best job was as a musician, but I eventually found I wasn't noteworthy. I studied for a long time to become a doctor, but I didn't have any patience. Next up was a job in a shoe factory - I tried hard, but I just didn't fit in. After that, I became a fisherman, but I discovered I couldn't live on my net income. Next, I managed to get a job at a pool maintenance company, but the work was too draining. So after that I got a job at a workout center, but they said I wasn't fit for the job. After many years of trying to find steady work, I finally got a job as a historian, but I realized there was no future in it. My last job was when I tried working in a muffler factory, but that was too exhausting. So, I tried retirement! And I Found I'm PERFECT For the Job!
job senior joke doctor tailor starbucks factory patience sew orange juice retirement noteworthy canned
Rate: Dislike Like
True Answers About Retirement! 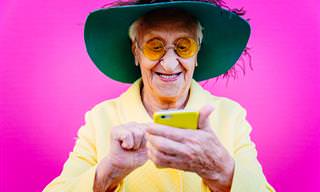 Question: How many days are there in a week? Answer: 6 Saturdays, 1 Sunday Question: When is a retiree's bedtime? Answer: Two hours after he falls asleep on the couch. Question: How many retirees does it take to change a light bulb? Answer: Only one, but it might take all day. Question: What's the biggest gripe of retirees? Answer: There is not enough time to get everything done. Question: Why don't retirees mind being called Seniors? Answer: The term comes with a 10% discount. Question: Among retirees, what is considered formal attire? Answer: Tied shoes. Question: Why do retirees count pennies? Answer: They are the only ones who have the time.​"There's one thing I always wanted to do before I quit...retire!" Groucho Marx Question: What is the common term for someone who enjoys work and refuses to retire? Answer: Idiot Question: Why are retirees so slow to clean out the basement, attic or garage? Answer: They know that as soon as they do, one of their adult kids will want to store stuff there. Question: What do retirees call a long lunch? Answer: Lunch. "I have never liked working. To me a job is an invasion of privacy." Danny McGorty Question: What is the best way to describe retirement? Answer: The never ending Coffee Break. Question: What's the biggest advantage of going back to school as a retiree? Answer: If you cut classes, no one calls your parents. Question: Why does a retiree often say he doesn't miss work, but misses the people he used to work with? Answer: He is too polite to tell the whole truth. Question: What do you do all week? Answer: Monday through Friday, nothing; Saturday & Sunday, I rest. "I enjoy waking up and not having to go to work. So I do it three or four times a day." Gene Perret
senior joke answer question one liners retirement short jokes
Rate: Dislike Like
Brain Puns
What did the hippocampus say during its retirement speech?
"Thanks for the memories."
Contact us | Help | About us | Terms | Privacy policy | Categories | Collections