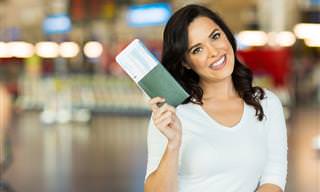 A woman has to go to Italy for a conference, so her husband drives her to the airport. “Thank you honey,” she says, “Is there anything I can bring back for you?” He laughs, and says, “An Italian girl!” When the conference is over, he meets her up at the airport and asks, “How was the trip?” “Very good,” she replies. “And what happened to my present?” “Which present?” she asks. “The one I asked for - an Italian girl!” “Oh, that. I did what I could. We’ll just have to wait 9 months to see if it’s a girl.”
joke about men marriage joke cheating joke airport trip honey italy laughs conference italian girl 9 months
Rate: Dislike Like
Cherry Puns
What do you call a very tall cherry blossom tree in Italy? The leaning flower of Pisa.
Travel Puns
My little brother had to stay with our parents when we went to Italy. I was free to Rome.
Italy Puns
Why did everyone want to go to Italy during World War II?
They were Fascistanating.
What do you call a Jamaican man born in Italy?
Reggae-Toni.
What speech did Abraham Lincoln give when he went to Italy?
The Spaghetties-burg Address.
Building Inspectors should be stricter in Pisa, Italy.
Since they are a bit too *lean*ient.
I bought a 400 year-old chair from Italy,
but as soon as I sat on it, it baroque.
Genoa bout the bridge collapse in Italy?
Ah well, we won't go over it then.
"There's a woman trapped under a motorway bridge in Italy."
"Genoa?"
"I'm not sure, I can't see her face."
How does Italy execute its criminals?
Guidotine.
I checked my phone bill after my trip to Italy, and it said I spent DCXII dollars.
I must have left on Data Roman.
What do pups eat in Italy?
Pawsta.
Did you know there was a Jedi from Italy who was really strict about diets?
His name was Only One Cannoli.
How to Meet the Pope 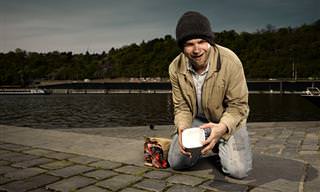 A catholic man's lifelong dream was to meet the pope. For years and years, he scrimped, scrounged, and planned his lavish trip to Italy. Wanting to look his best for the pontiff, he had a custom-fitted suit tailored to his exact measurements and bought the finest Italian leather boots money could buy. The next morning he awoke before the dawn to make his way to Vatican City to meet the pope on his morning walk through his crowd of devout followers. He pushed his way to the front of the crowd, wanting to get as close to the Holy Father as possible. The grand doors opened and the pope emerged, greeting his followers, shaking hands, and offering blessings. The man caught the pope's eye, and the pope smiled and started walking towards him. This was it! He was finally going to get to share words with God's representative on Earth! Just as he was approaching the man, the pope noticed a downtrodden beggar lying in the ditch opposite the man. The pope changed course, made way for the beggar, bent down, and whispered something in the poor man's ear. The beggar nodded, got up, and walked off. The pope, now on the other side of the crowd, continued on away from the man. The man was devastated. He had missed his only chance to fulfill his ultimate dream. As the crowd dispersed, he noticed the beggar in the distance. A plan emerged in his mind. He made his way up to the beggar and said, "Sir, I would like to offer you a trade. I will give you my suit, my boots, and all of the cash in my wallet in exchange for your rags and tattered shoes. I believe this act of humility is my best chance to finally meet the pope." The poor man quickly agreed, of course, and the two men traded clothes. The next morning, the man made his way back to the Vatican and proceeded to lie down in the exact spot the beggar was the day before. The grand doors opened once again, and the pontiff emerged to meet his people. As the pope was walking through the crowd, the man saw that the pope was heading his way! His plan was going to work! Sure enough, the pope came over to him, knelt down and whispered, "I thought I told you yesterday to get the heck out of here!"
religion joke pope catholic beggar years boots whisper crowd italy vatican plan blessing pontiff devastated
Rate: Dislike Like
Ancient Rome Puns
Just landed in Rome, Italy. My pilot used to be a Franciscan Monk...
...But now he's an Air Friar.
Why don't they sell GPSs in Italy?
Because all the roads lead to Rome.
Want to start your day laughing? Register to our Daily Joke! Want to start your day laughing? Register to our Daily Joke!
Continue With: Facebook Google Use Email
By continuing, you agree to our T&C and Privacy Policy
Contact us | Help | About us | Terms | Privacy policy | Categories | Collections