Quotes
“The surest sign that intelligent life exists elsewhere in the universe is that it has never tried to contact us.”
Bill Watterson
Jokes For Women
What's the difference between Big Foot and intelligent man? Big Foot has been spotted several times.
What NASA Can't Do 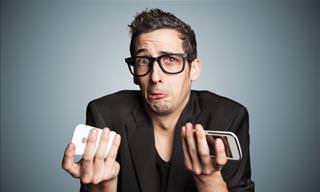 It was a celebratory mood with the boys at NASA; they had just made the scientific achievement of a lifetime. As they were uncorking a bottle of champagne, Dr. Lowenstein, the head scientist at NASA, asked everyone to be quiet as he had received a congratulatory phone call from the President of the United States. He picked up a special red phone, and spoke into it. "Mr. President," said Dr. Lowenstein, grinning broadly, "after twelve years of hard research and billions of dollars spent, we have finally found intelligent life on Mars." He listened for a second, and his smile gradually disappeared, replaced by a frown. He said, "But that’s impossible... we could never do it. Yes Mr. President,” and hung up the phone. He addressed the crowd of scientists staring at him curiously. "I have some bad news," he said, "the President said that now that we’ve found intelligent life on Mars... he wants us to try to find it in Congress."
political joke United States congress science life crowd president mars nasa scientist grinning intelligent
Rate: Dislike Like
Electricity Puns
Even the most intelligent people can’t survive a day without electricity, like Stephen Hawking.
Insults & Comebacks
Keep talking, someday you'll say something intelligent!
They say opposites attract. I hope you meet someone who is good-looking, intelligent, and cultured.
Why don't you shock me and say something intelligent.
Contact us | Help | About us | Terms | Privacy policy | Categories | Collections