Funny Limericks
There was an Old Person of Dean,
Who dined on one pea and one bean;
For he said,
"More than that would make me too fat,"
That cautious Old Person of Dean.
Goat Puns
What do you call a goat who is in charge of a university?
Billy Dean. 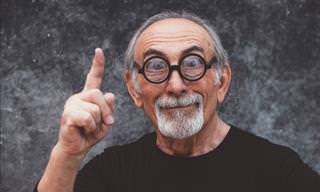 Three professors (a physicist, a chemist, and a statistician) are called in to see their dean. Just as they arrive the dean is called out of his office, leaving the three professors there. The professors see with alarm that there is a fire in the wastebasket. The physicist says, "I know what to do! We must cool down the materials until their temperature is lower than the ignition temperature and then the fire will go out." The chemist says, "No! No! I know what to do! We must cut off the supply of oxygen so that the fire will go out due to lack of one of the reactants." While the physicist and chemist debate what course to take, they both are alarmed to see the statistician running around the room starting other fires. They both scream, "What are you doing?!?" "Trying to get an adequate sample size!"
office professor dean physicist fire statistician teacher joke alarmed chemist wastebasket
Rate: Dislike Like
Food Quotes
“Where there is cake, there is hope. And there is always cake.”
― Dean Koontz
Funny Parenting Quotes
“I’ve got seven kids, the three words you hear most around my house are: “Hello, goodbye, and I’m pregnant”. 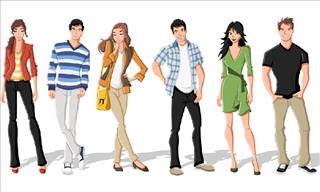 It was the beginning of a new academic year at the college, and the freshmen were beginning to arrive. The job of introducing the newcomers to their new surroundings belonged to the Dean of Women. During the opening speech of the lecture, the Dean saw fit to bring up the subject of sexual morality, in line with the college's conservative values. She asked the freshmen: "In moments of temptation, ask yourselves just one question: Is an hour of pleasure worth a lifetime of shame?" The freshmen half-heartedly muttered in agreement, and the lecture went on without interruption. At the end of the lecture, the Dean decided to ask the freshmen if they had any questions. One of the girls timidly raised her hand and said: "How do you make it last for a whole hour??"
school joke college joke dean freshmen beginning year hour take academic temptation morality
Rate: Dislike Like
Want to start your day laughing? Register to our Daily Joke! Want to start your day laughing? Register to our Daily Joke!
Did you mean:
Continue With: Facebook Google
By continuing, you agree to our T&C and Privacy Policy
Contact us | Help | About us | Terms | Privacy policy | Categories | Archive | Collections