One Liners and Short Jokes
Some folks came to my door this morning and asked if I would consider being a Jehovah's Witness.
I had to be honest and told them I hadn't seen the accident.
A Tiny Witness 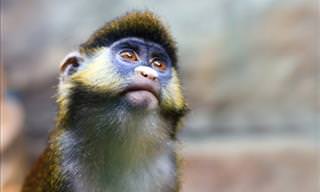 A police officer came upon a terrible wreck where the driver and passengers had been killed. As he looked upon the wreckage a little monkey came out of the brush and hopped around the crashed car. The officer looked down at the monkey and said "I wish you could talk." The monkey looked up at the officer and shook his head up and down. "You can understand what I'm saying?" asked the officer. Again, the monkey shook his head up and down. "Well, did you see this?" "Yes," motioned the monkey. "What happened?" The monkey pretended to have a can in his hand and turned it up by his mouth. "They were drinking?" asked the officer. "Yes." "What else?" The monkey pinched his fingers together and held them to his mouth. "They were smoking marijuana?" "Yes." "Now wait, you're saying your owners were drinking, and smoking marijuana before they wrecked." "Yes." "What were you doing during all this?" "Driving." motioned the monkey.
animal joke monkey cop drinking police joke car accident beer weed witness
Rate: Dislike Like
How to Return a Shirt 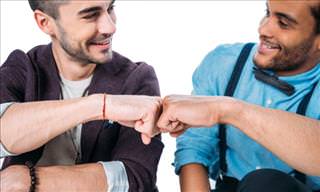 I went with a friend to buy a grey cotton sweatshirt. I bought one but when I got home I noticed a little rip in the left sleeve. I showed it to my friend who encouraged me to return it. Would you believe, when I got to the store, the salesperson said "I'm sorry. This isn't the sweatshirt you purchased. Our records indicate that the sweatshirt you bought was 80% rayon and polyester. We can't take back this cotton one." "I'm afraid you're wrong", said I, smiling at my friend, who had been with me through the whole affair. "I did indeed purchase a cotton sweatshirt." I pointed to my friend. "This is my material witness".
affair dad joke witness shirt material grey wrong sweatshirt cotton sleeve rip encourage rayon polyester
Rate: Dislike Like
Corona Virus Jokes
We are 11 days into self-isolation ands it is really upsetting me to witness my wife standing at the living room window gazing aimlessly into space with tears running down her cheeks.
Don’t get me wrong, I empathize with her. I’ve considered letting her in many times, but rules are rules.
Contact us | Help | About us | Terms | Privacy policy | Categories | Collections