Puns
What does the witch do on her birthday?
She spellabrates.
Marry a frog 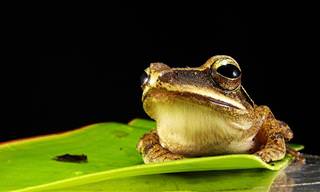 Long ago there was a man who had a 25-inch penis. After consulting many people and finding no solution to his big problem, he decided to consult with a local witch. Once with the witch, he said, ''I need your help. My penis is so big it's hard for me to find women who can accommodate me. Can you help me?" The witch said, "Go to the forest, in the middle of it you'll find a frog, ask it to marry you. It is a cursed frog, and every time it says no, the curse will cause your penis to shrink 5 inches, which in your case is actually a blessing!" So he went to the forest, and after hours of walking he found the frog, kneeled down and asked the frog to marry him. The frog said, "No." Then his penis shrunk five inches. He asked the frog again, "Will you marry me?" And again, the frog said, "No." And it shrunk another five inches. Then he thought, "15 inches is still too big. I'll ask it again. Ten inches will be fine." So he asked the frog one more time, "Will you marry me?" The frog looked up at him in disgust and said, "I told you: No, no, and NO!"
rude joke animal joke frog witch animal
Rate: Dislike Like
Koala Puns
What’s the scariest koala movie ever made? The Bear Witch Project.
Adam and the Witch 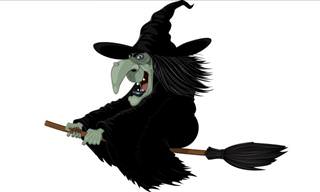 A man named Adam walked along a forest trail, when suddenly he was stopped by an evil looking crone, who calls herself a witch. The witch screeches at him: "Tell me I am pretty or you will be cursed!" Adam: "Sorry, but I don't find you attractive." Witch: "Take that back, or you most surely will be cursed!" Adam: "Nope. You're hideous." The witch then transformed him into an ant. Witch: "Look where your rudeness brought you! " Adam: "Yeah this sucks, but you still look like a moldy potato." Witch: "Very well, then. You will remain in this form until you repent and call me pretty!" He is still adamant.
witch adam dad joke ant potato attractive adamant hideous curse repent pretty sucks moldy transformed
Rate: Dislike Like
Math Puns
What did the student say when the witch doctor removed his curse?
Hexagon.
Contact us | Help | About us | Terms | Privacy policy | Categories | Collections