Anti Jokes
An owl and a squirrel are sitting in a tree and the owl turns to the squirrel and says.
Nothing, because owls can’t talk. The owl then eats the squirrel because it is a bird of prey.
Jane Teaches Tarzan a New Trick 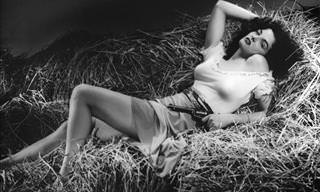 When Jane first met Tarzan in the jungle, she was instantly attracted to him and during her questions about his life, she asked him if he had ever made love to a woman. "Tarzan not know lovemake." he replied. Jane explained to him what it was. Tarzan said, "Ohhh...Tarzan use knot hole in trunk of tree." Horrified, Jane said, "Tarzan, you have it all wrong, but I will show you how to do it properly." She took off her clothing and lay down on the ground. "Here." she said, pointing to her privates, "You must put it in here." Tarzan removed his loin cloth, showing Jane his considerable manhood, stepped closer to her and kicked her right in the crotch! Jane rolled around in agony for what seemed like an eternity. Eventually, she managed to gasp for air and screamed, "What did you do that for??!!" "Always check for squirrel."
lovemaking joke tree making love clothing Squirrel jane explained trunk tarzan knot hole attracted agony
Rate: Dislike Like
Squirrel Puns
What did the squirrel say to its baby before it had to leave?
I'm gonna go out on a limb here.
Why did the bank have the squirrel arrested?
He was foraging checks.
One day I saw a squirrel burying lotto tickets under a large bush, so I asked him what he was doing.
He told me he was hedging his bets.
What did the squirrel say when his tail got caught in the door?
...It won’t be long now!

What did the father squirrel tell his son?
Acorny joke.
What does a squirrel wear on its feet?
Cashews
I saw a squirrel throw up today! It was nuts!