Thanksgiving Jokes
What happened the first time one of the settlers tried to write favor instead of favour?

He was attacked by a Pil-grammar nazi.
Food puns
What did the Soup Nazi say to the canine? What Soup Dawg. 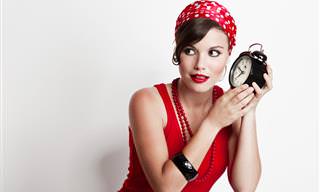 Colonel Reichman, an interrogation specialist for the German army, was walking around in a quaint little Swiss village one day during WWII. He spots a little shop selling clocks and watches and decides to enter. Inside, the owner, a lady standing behind the counter, immediately recognizes who he is and welcomes him into the shop, asking how she can be of assistance. "Frauline,” he starts "Deez are all very nice little clocks and vatches you have in here, but ze von I am interested in is zat big grandfazer clock you have outside above your door.” “Nein colonel, I am sorry, but zat grandfazer clock is not for sale. It is a showpiece of ze little shop." she answers. "Frauline, don’t gif me that! You know who I am, and ven I say I vant zat grandfazer clock, you give me ze bloody grandfazer clock!" he retorts impatiently. "Colonel, vhy vould you vant zat clock anyvay? It is broken. It does not vork!" she says. “Vhy frauline? Vhat is wrong with ze clock?" he asks. "Colonel, ze pendulum only svings von vay, ze bloody thing only goes TICK, TICK, TICK and it cannot go TOCK." she answers. He gets a grin on his face and says "Haha, don't you vorry about zat frauline! Vhere ve come from, ve haf vays of making it TOCK!"
dark humor WWII interrogation Nazi dad joke village swiss grandfather clock tick tock
Rate: Dislike Like 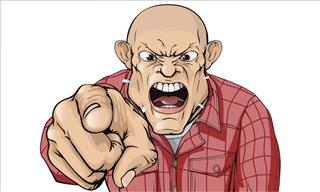 A Neo-Nazi walks into a bar, looks around, and notices an older orthodox Jewish man seated at a nearby table. Barman, he says, "A round on me, for all your patrons, but not for the old Jewish geezer right there." As everyone in the bar receives their drinks, he looks directly at the Jew with a nasty little smile. Surprisingly the Jew nods his head and sends a warm smile back. The Neo-Nazi is somewhat miffed, as this was not the reaction he expected. So he goes back to the bar. "Barman, a second round for everyone but him, and this time take it all from the top shelf." The Neo-Nazi looks again at the Jew and notices that he is STILL smiling back, and even warmer than before "Is that Jew a complete fool or what?" he asks the barman. The bartender shrugs: "Well he does own the bar."
bartender bar joke barman Jewish owner Jew Neo-Nazi Nazi fool geezer patron orthodox own
Rate: Dislike Like
Want to start your day laughing? Register to our Daily Joke! Want to start your day laughing? Register to our Daily Joke!
Did you mean:
Continue With: Facebook Google
By continuing, you agree to our T&C and Privacy Policy
Contact us | Help | About us | Terms | Privacy policy | Categories | Archive | Collections
Login
Already registered?
Enter your email address and get full access.
Did you mean:
Not a member? Click Here
Personal Details