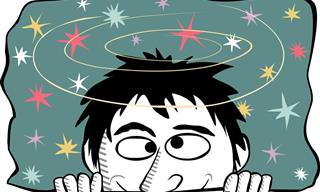 George walks up to Terry bruised. battered and covered in blood... Terry asks what the hell happened to him. He says "I'm just walking along, minding my own business and this horse comes out of nowhere and knocks me down." "That explains it, let me call you an ambulance." Says Terry. George says, "Hold on I haven't finished yet, so I get up, dust myself down and wouldn't you know it? I get knocked down by a car." "Oh my god, it's a miracle you're still alive, I'll call an ambulance." Says Terry. George says, "Hold on, I still haven't finished, I get up dust myself down again, I've now got a few cuts and bruises. I catch my breath and I get knocked down by an ambulance." Terry says. "That's it, I'm calling the emergency services." George says "Wait, I still haven't finished, somehow I survived. I get up, I'm feeling groggy, but then I get hit by a fire truck. I get up swaying side to side. Then a helicopter crashes into me." Terry say: "it's a miracle that you're still alive, so what happened then?" "The carnie operator kicked me off the carousel!"
drunk joke blood ambulance helicopter covered emergency services knocked down hold on
Rate: Dislike Like 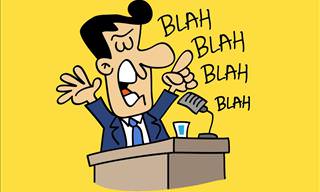 A large sinkhole opens up on a remote town. An alarming number of people fall into it and injure themselves and it's difficult to get them all to the small hospital they have. The mayor gathers the city council to figure out a solution. The smartest city councilor suggests they park an ambulance next to the hole to get people to the hospital faster. The rest unanimously agree. However, they only have 2 ambulances and they're needed more in the center of the town to get there quickly. So the mayor gathers the council a second time. The second smartest councilor suggests they close the road between the hole and the hospital so the ambulance can ferry people faster. Everyone nods in deep wisdom. Alas, after a few days it's obviously not really doing much and it just creates more accidents with too many cars on the smaller roads. Finally they gather for a third time to take drastic measures. The third smartest councilor says they need to tear down the hospital and rebuild it next to the hole. Finally the mayor can't take it anymore. He slams his fist on the table and yells: "You idiots! Do you know how much moving the hospital will cost?! There's an obvious and easy solution to this problem! We fill in the hole and then we dig a new one next to the hospital!"
political joke hospital mayor stupidity joke injured road town sinkhole councilor ambulance smartest idiots
Rate: Dislike Like
Puns
Why do ambulance drivers always have a partner with them?
They’re pair-a-medics.
Want to start your day laughing? Register to our Daily Joke! Want to start your day laughing? Register to our Daily Joke!
Did you mean:
Continue With: Facebook Google
By continuing, you agree to our T&C and Privacy Policy
Contact us | Help | About us | Terms | Privacy policy | Categories | Archive | Collections
Login
Already registered?
Enter your email address and get full access.
Did you mean:
Not a member? Click Here
Personal Details