Space Pick Up Lines
This love feels like floating endlessly in outer space and looking for your pretty lost smiles.
Literary Pick Up Lines
Hey, baby, you’re not Paradise Lost, you’re Paradise Regained.
Music Pick Up Lines
I just lost my job and may be Baroque, but that doesn't mean I can't show you a good time.
Dirty Fashion Pick Up Lines
I lost my keys… can I check your pants?
Classic Pick Up Lines
I lost my phone number. Can I have yours?
I lost my teddy bear, can I sleep with you?
Do you have a map? Because I just got lost in your eyes.
Halloween Pick Up Lines
May I ride your broomstick? I lost mine.
Yard Puns
I saw a squirrel running in circles in my yard today…
I think it lost its nuts.
Utensils Puns
I lost my kid in the kitchenware section of Ikea today.
It was a pans labyrinth.
Lost my bread knife the other day..
I'm absolutely gutted...we've been through thick and thin
Food Quotes
"I lost some weight once, but I found it again in the fridge."
— Unknown
"I've been on a diet for two weeks and all I've lost is two weeks."
— Totie Fields
Garden Puns
What’s a gardener’s favorite Harrison Ford film? Raiders of the Lost Bark.
Kitchen Puns
I lost a cooking challenge once for not completing the dish.
I ran out of thyme.
The Cat Navigator 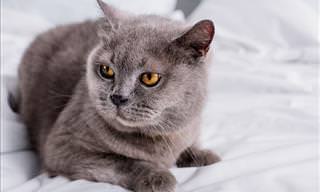 There was a man who couldn't stand his wife's cat. So, one day, he decided to get rid of him by dumping him a long way away from the house. He put the cat in the car and drove about 20 blocks away, then he left him at the park. But when he got home, the cat was there as if nothing had happened. The next day he decided to take the cat somewhere further away, about 50 blocks. He put him out of the car and drove home. And again, the cat was there waiting for him. 'This is impossible,' said the man to himself, 'tomorrow I'll make sure he can't come back!' The next day he puts the cat in the car and he drives around, taking turn after turn - right, left, right, right and so on. Eventually, after about an hour of driving, he finally lets the cat out and drives home. A few hours later, the phone rings at his house and his wife answers it. It's the husband, and he asks: "Is the cat there?" "Why, yes." says the wife, "he's been here quite a while, where are you?" "Put that bastard on the phone, I'm lost and I need directions."
animal joke car cat lost animal
Rate: Dislike Like
Want to start your day laughing? Register to our Daily Joke! Want to start your day laughing? Register to our Daily Joke!
Did you mean:
Continue With: Facebook Google
By continuing, you agree to our T&C and Privacy Policy
Contact us | Help | About us | Terms | Privacy policy | Categories | Collections