My Dear, Let Me Confess 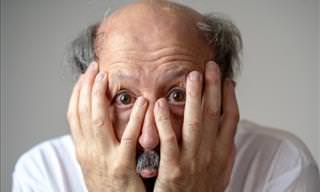 An old football player was dying. So he called his wife and told her: "My dearest you see I'm dying. I must confess. I cheated on you twice throughout our marriage. Please forgive me." His wife says: "I forgive you my love. But I have to confess, I too have cheated on you, 3 times." "Three you say?" Said the husband, feeling like she cheated a bit more than him. "Who were they?" "Well," said his wife sweetly. "Do you remember it was so difficult to admit you as a football player in the team? So I went to the couch and did something. That was the cause for you to be a player in the team." Her husband was alarmed but he was thankful she did it for him. "Who else?" "Well, do you remember when you entered the team no body didn't pass you? I went to 10 others players so they changed a friendly treatment during half times." "You did WHAT?!" He spluttered. She continue, "And do you remember during matching nobody in town encouraged you? Well.."
husband wife marriage cheating joke coach football dying football player team town confess cheated
Rate: Dislike Like
Contact us | Help | About us | Terms | Privacy policy | Categories | Collections