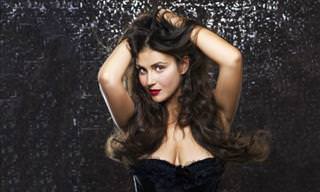 The following ad in the Atlanta Journal is reported to have received numerous calls: "Single female seeks male companionship, ethnicity unimportant. I am a very good-looking girl who loves to play. I love long walks in the woods, riding in your pickup truck, hunting, camping, and fishing trips, cozy winter nights lying by the fire. Candlelight dinners will have me eating out of your hand. Rub me the right way and watch me respond. I'll be at the front door when you get home from work, wearing only what nature gave me. Kiss me and I'm yours. Call xxx-xxxx and ask for Daisy." Over 15,000 men found themselves talking to the local Humane Society about an 8 month old Labrador retriever.
joke about men camping personal ad woods good looking pickup truck human society fishing trip
Rate: Dislike Like
Fish Puns
Where do fish stay on a campsite?
Fish stay in tentacles while they are camping!
The Blonde Hunters 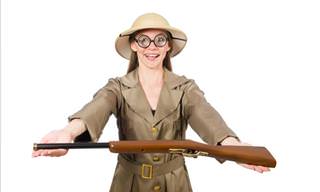 Two blondes decided to go on a hunting trip to see what it's all about. After a few days camping, they finally bagged a deer and were dragging it by the rear legs back to the truck. But the antlers kept getting stuck in the mud. One says to the other, "This is tough but we only got about a mile left to reach the truck." Another hunter happened upon them then, saw their dilemma and told them, "If you drag the deer the other way, the antlers won't stick in the mud." So the blondes give it try and it worked! The first blonde says, "That hunter was right! This way is a lot easier." The second blonde says, "Sure was, but now we're two miles from the truck."
blonde joke camping hunter truck deer miles hunting blondes easier dilemma hunting trip dragging antlers
Rate: Dislike Like
Puns
When the past, present, and future go camping they always argue. It's intense tense in tents.
How to Cure Snoring 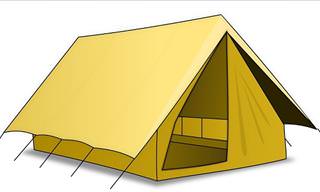 The guys were all at a base camp. No one wanted to room with George, because he snored so badly. They decided it wasn't fair to make one of them stay with him the whole time, so they voted to take turns. The first guy roomed with George and comes to breakfast the next morning with his hair a mess and his eyes all bloodshot. They said, 'Man, what happened to you? He said, 'George snored so loudly, I just sat up and watched him all night. ' The next night it was a different guy's turn. In the morning, same thing - hair all standing up, eyes all bloodshot. They said, 'Man, what happened to you? You look awful!' He said, 'Man, that George shakes the roof with his snoring. I watched him all night .' The third night was Pete's turn. Pete was a big burly ex-Navy man; a man's man. The next morning he came to breakfast bright eyed and bushy tailed. ' Good morning,' he said. They couldn't believe it! They said, 'Man, what happened?' He said, 'Well, we got ready for bed. I went and tucked George into bed, patted him on the butt, and kissed him good night. George sat up and watched me all night. I slept fine.'
Military joke silly joke camping snoring
Rate: Dislike Like
Contact us | Help | About us | Terms | Privacy policy | Categories | Collections