Clever Jokes
A mathematician walks into a bar and says, “One beer for me, and 10 beers each for all my friends!”
Bartender: "Now that’s an order of magnitude!"
A Tale of Tortoise and Snail 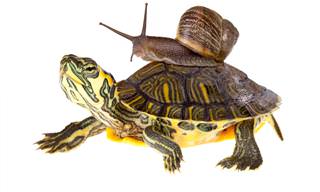 A tortoise went out for a few beers and, despite being severely worse for wear, decided to walk home through the rough part of town. Half way home he was set upon by four snails who beat him senseless, stole what little money he still had and, as a final insult, they sprayed obscenities on his shell. Utterly distraught, he was taken to the local police station where the fox inspector asked if he could remember anything about the assailants . "I don't know!" He cried, "It all happened so fast!"
animal joke police home tortoise rough Fox inspector beers snail distraught assailant worse for wear
Rate: Dislike Like
Contact us | Help | About us | Terms | Privacy policy | Categories | Collections