Dirty Puns
What did the moose say after leaving the gay bar? Man, I blew like 50 bucks in there. What's the best part of gardening? Getting down and dirty with my hoes.
The Smitten Newlyweds...

A young farm couple, Homer and Darlene, got married and just couldn't seem to get enough lovin'. In the morning, before Homer left the house for the fields, they made love. When Homer came back from the fields, they made love. And again at bedtime, they made love. The problem was their nooner - it took Homer a half hour to travel home and another half hour to return to the fields and he just wasn't getting enough work done. Finally Homer asked the town doctor what to do. "Homer," said the doctor, "just take your rifle out to the field with you and when you're in the mood, fire off a shot into the air. That will be Darlene's signal to come out to you. Then you won't lose any field time." They tried Doc's advice and it worked well for a while. Homer came back to the doctor's office... "What's wrong?" asked the Doc. "Didn't my idea work?" "Oh, it worked real good," said Homer. "Whenever I was in the mood, I fired off a shot like you said and Darlene'd come runnin'. We'd find a secluded place, make love, and then she'd go back home again." "Good, Homer. So what's the problem?" asked the Doc. "I ain't seen her since huntin' season started."
marriage joke doctor joke hunting season moose
Dislike Like
The Moose Hunters 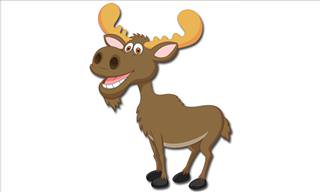 A bush-pilot drops Bob and Ted, two moose hunters, at a remote lake in Northern Ontario. He tells them that he’ll be back in a week, and warns them that his plane won’t be able to take off with more than one moose. The next week he returns, and sure enough, the hunters have bagged two moose. The pilot tells them there’s no way they can take off with the two moose. Ted says, “I don’t know, the pilot last year took off with two moose.” To which Bob adds, “Yeah, but maybe he wasn’t a total coward!” Not wanting to be outdone, the pilot loads up everything and they start to move down the lake. The plane is gathering speed, but the pines on the shore are rapidly approaching. Finally, the plane gets airborne, but one wing clips the top of a tree. The plane spins, crashes into the trees, and breaks apart. Sometime later Ted regains consciousness and begins searching for his buddy. He finds him, and when he wakes him up Bob asks, “Do you have any idea where we are?” Ted replies, “I think about 200 yards further than last year."
animal joke plane joke moose hunters animal
Dislike Like