Lipstick on the Mirrors 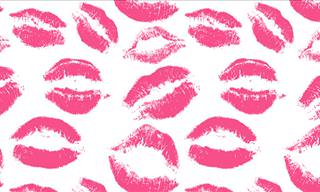 A principal of a small middle-school had a problem with a few of the older girls starting to use lipstick. Though he was a rather stern disciplinarian and a bit of an old fuddy-duddy, he was not primarily concerned with issues of modesty and innocence. Rather, for some reason, when applying it in the bathroom they would press their lips to the mirror and leave lip prints, like so... Before it got out of hand he thought of a way to stop it. He gathered all the girls together that wore lipstick and told them he wanted to meet with them in the ladies room at 2pm. When they gathered at 2pm, they found the principal and the school janitor waiting for them. The principal explained that it was becoming a problem for the janitor to clean the mirror every night. He said he felt that the ladies did not fully understand just how much of a problem it was, and therefore he wanted them to witness just how hard it was to clean. The janitor then demonstrated. He took a long brush on a handle out of a box. He then dipped the brush in the nearest toilet, moved to the mirror and proceeded to remove the lipstick. That was the last day the girls pressed their lips on the mirror.
school joke children joke janitor lipstick mirrors
Rate: Dislike Like
Dirty Short Jokes
Did you hear about the hitman who's also a janitor at the aquarium? He sweeps with the fishes. Me: I know a gay guy that sounds like an owl. Friend: Who?
One Liners for Kids
What did the janitor say when he jumped out of the closet? SUPPLIES!
Why didn't the 11 year old go to the pirate movie? because it was rated arrrrr!

The Janitor and the Fairy 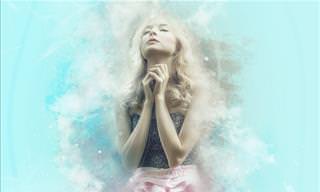 Three friends go on a hike in a forest. One is a professor, one a CEO, and one a janitor. Suddenly, they encounter a glowing ball of light that resolves itself into a beautiful fairy. The fairy says “I will give you humans what you most desire if you do someone else’s job for a day. You will be given all the resources you need.” The professor says “I’ll be an elementary school teacher. What can be so hard about teaching a bunch of 6-year-olds how to read?” so he is teleported into a classroom. After a few minutes, all the kids’ screaming gets to his nerves, so he throws all his supplies and gives up. The CEO says “I’ll be a waiter. All you do is carry food back and forth. This’ll be a breeze.” so he is teleported to a restaurant. After about an hour, all the annoying customers drive him insane, so he smashes his plates on the ground and gives up. The janitor says “I’ll be an artist” so he is transported to an art facility. He uses the facility to create a huge art exhibit in which he glues all the classroom supplies and shattered plates to a canvas, telling the story behind it, then sells it for a million dollars. After the day way done, the fairy congratulates the janitor. "But how come you could do all that?" She asks him curiously. The janitor shrugged. “I have a masters degree in art.”
teacher waiter professor wishes janitor CEO forest art fairy
Rate: Dislike Like
Hockey Puns
Which Habs great once worked as a janitor? Broom-Broom Geoffrion.
Puns
What did the janitor say when he jumped out of the closet? SUPPLIES!
Want to start your day laughing? Register to our Daily Joke! Want to start your day laughing? Register to our Daily Joke!
Did you mean:
Continue With: Facebook Google
By continuing, you agree to our T&C and Privacy Policy
Contact us | Help | About us | Terms | Privacy policy | Categories | Archive | Collections
Login
Already registered?
Enter your email address and get full access.
Did you mean:
Not a member? Click Here
Personal Details